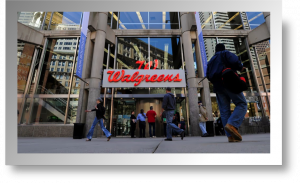 No longer do the sidewalks roll up after 6 p.m. in the Financial District.

The Hub will see twice the number of new housing units during this cycle than it did last cycle. And it is well-positioned to absorb the housing spurt, as there is a shift toward more urban living.

Accompanying the new housing are more amenity retail options and a different vibe in office tenancy in Downtown Crossing and the Financial District -- an area we now just call downtown.

Greg Vasil, CEO of the Greater Boston Real Estate Board, said the lines for the two districts were artificially drawn -- one a retail area and the other an office area -- but now it is all one.

"The Downtown Crossing area was always the place to shop, and as a natural progression over time, the area is going from a retail district to a mixed-use district," Vasil said. "Downtown Crossing is on its way to becoming another 'living district,' where you have the amenity retail, such as the Walgreens superstore, Roche Brothers grocery store, as well as more fitness centers, retail and restaurants."

"It is no longer the sense if you are looking for residential you look only to the Back Bay or the South End, you are looking at options that go across the city," Begelfer said. "Same thing goes for office, it is no longer just the Financial District; it is Back Bay, the Seaport, Allston, Brighton and Fenway that are showing very strong life for office development, not a usual situation."

Over the past 13 years, the topography of Greater Boston's commercial tenant landscape has shifted significantly.

To keep talent, companies are moving into the city. Many of these non-financial companies want to be in an urban location with some street vibe to it, said Peter Farnum, senior managing director and principal at Cassidy Turley.

"PayPal, with its move into the fifth and sixth floors of One International Place, and Technip, with its relocation from East Cambridge to One Financial Center, are just two of the recent technology and innovation firms to move into the downtown market," Farnum said.

A significant step forward in changing the face of downtown is Millennium Partners' $630 million complex of new offices, stores and 450 luxury residences on the former Filene's site at the corner of Washington and Summer streets.

Advertising giant Arnold Worldwide and its sister agency, Havas Media, will occupy about 125,000 square feet in the project.

Several other housing developments already are underway in the downtown, including the recently opened 256-unit condo building at Millennium Place and a 381-unit apartment tower by Kensington Investment on Washington Street.

With its AAA bond rating, Boston is on its way to becoming a world class city.

Courtesy of Jennifer Athas of the Boston Herald