An extraordinary lateral apartment of approximately 3920 /ft2 spanning the entire first floor of this Italianate villa, which has 24 hour concierge and a lift. *Not to be confused with the second floor in this building which is the same price.*

Arguably the largest first floor apartment in Holland Park… This sensational flat is bigger than most houses yet is arranged over only one floor, with high ceilings, and it is set within a completely redeveloped, grade II listed villa with concierge and a code operated lift which opens directly into the flat.

The flat has been interior designed by Hill House Interiors to provide a faultless blend of modern classicism with 21st century technology and it has wonderful entertaining space with a large drawing room flowing via an elegant dining area to a large family kitchen.

Throughout there are hardwood Wenge floors, architraves and doors lending a feeling of rich splendour and the designer kitchen is tastefully arranged to provide a family space as well as being a striking focal point to the space.

The principal bedroom suite alone occupies a staggering 1,200 /ft2 with the bedroom at the quiet back of the building. This room has views, through three double French windows of the gardens along the terrace of houses and over towards the tennis club, meaning that the aspect is incredibly tranquil and verdant. Here there is also a large, fitted dressing room, bathroom, and a study.

There are a further two, very large, bedroom suites along with a family bathroom and a guest cloakroom completing this timelessly presented apartment and there are extensive windows to all three sides providing a rare triple aspect with the consequent sense of light and openness to all rooms.

81 Holland Park was once the renowned Halcyon Hotel which was completely redeveloped in 2007 and the designers took the decision to build unusually large flats and with bright contemporary common hallways, glass passenger lifts and with friendly 24-hour concierge this is one of the most popular addresses in Holland Park.

The white stucco villas of Holland Park were built on land leased from Lord Holland by the Radford Brothers and were designed for the wealthy merchants and professionals of the mid-19th century. Today these houses and apartments are as popular as ever and are perfectly positioned within minutes of Holland Park itself with its 60 acres of parkland. 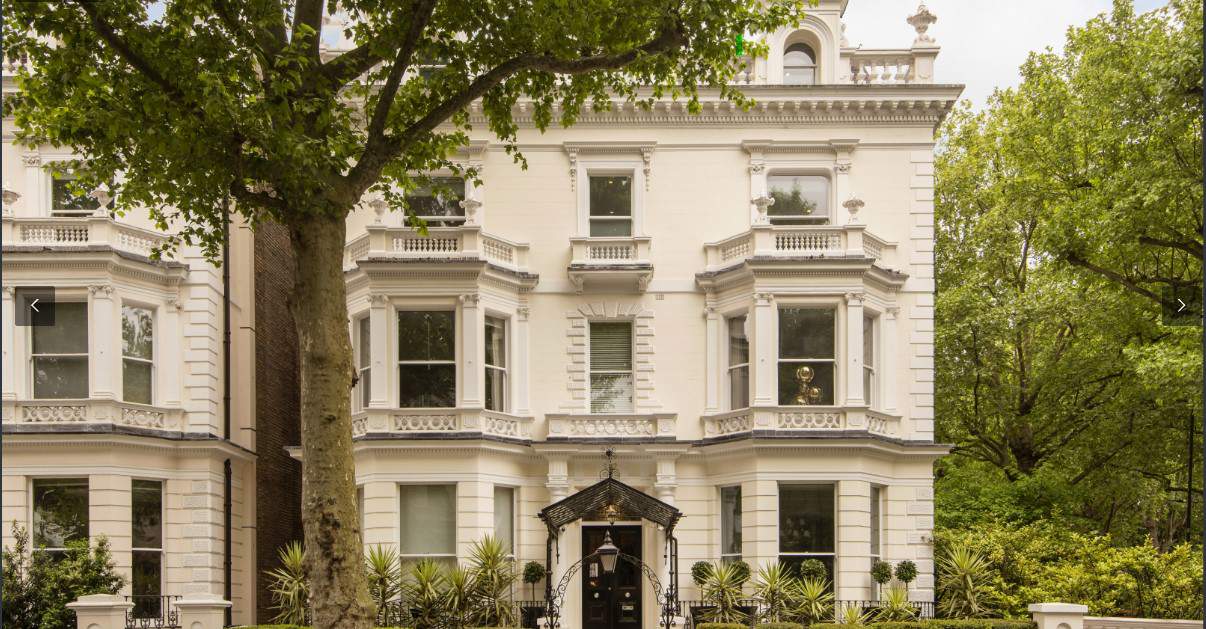