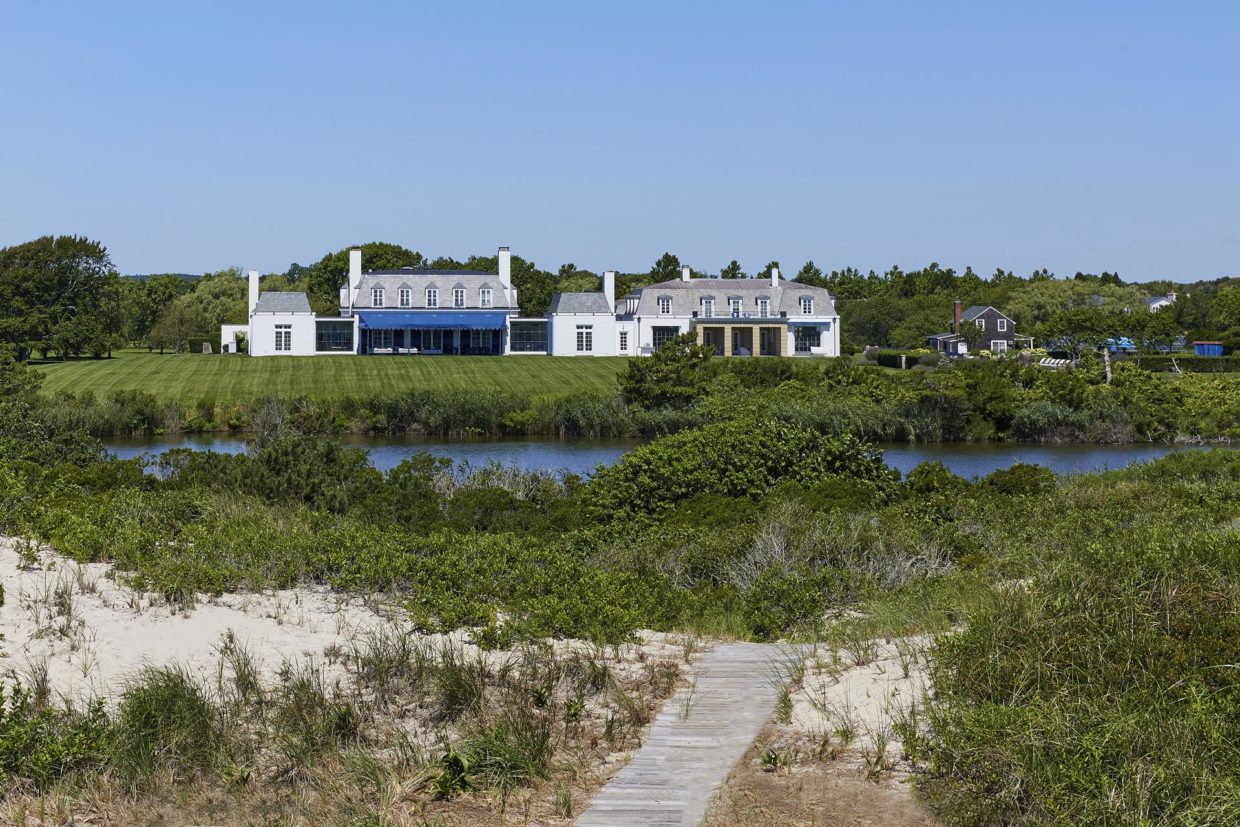 The Long Island estate, owned by Henry Ford II, the eldest grandson of Henri Ford I, recently sold for $105M. He led the Ford Motor Company between 1945 and 1980 and took it public in 1956. The manor, built between 1957 and 1960, is the largest oceanfront single-family property in the Hamptons, spanning nearly a quarter mile. Before the sale, the auto industry leader’s home had been priced at $145 million. The final price was expected to be one of the largest residential sales in U.S. history.

The property first belonged to Ford and his first wife, Southampton socialite, Anne McDonnell. They married in 1940 and divorced in 1964. Afterwards, she took control of the property, breaking it into smaller parcels. Currently, the real estate is being sold by Brenda Earl, a former portfolio manager at Zweig-Dimenna hedge fund. She purchased it in 2008 and spent millions on renovations. Earl bought the property from Italian financier Carlo Traglio in 2002, who had purchased it from Ford’s ex-wife in 1975 for $1.8 million. He also tried to divide the property into mini estates, after some pushback from environmentalists that denounced it for destroying 150 acres of farmland, marshes, and wetlands.

The property occupies 42.13 acres that include nearly 1,300 feet of private beach, 3 ponds, and bay frontage. The multi-section main house features a stucco exterior, a gambrel roof shape and casement dormer windows. The interior measures 19,938 sq. ft. and features multiple sets of French doors, hardwood paneling, Italian marble fireplaces, and inlaid oak floors imported from European mansions. There are twelve bedrooms and twelve baths and amenities include: a 20x28-foot chef’s kitchen, a library, guest rooms, game room, and a pair of master suites. Other highlights include: original ceilings with moldings and chandeliers and antique bathroom fixtures, the original greenhouse where the Fords grew their own fruits and vegetables, heated 60-foot pool with an outdoor kitchen, spa, gym with sauna, outdoor shower, koi garden with waterfall, a meditation garden, a tree lined driveway behind a gated entrance, a tennis and a basketball court, three-bedroom carriage house, and a detached six-car garage facing staff quarters.

To see the full listing of this beautiful property click here! 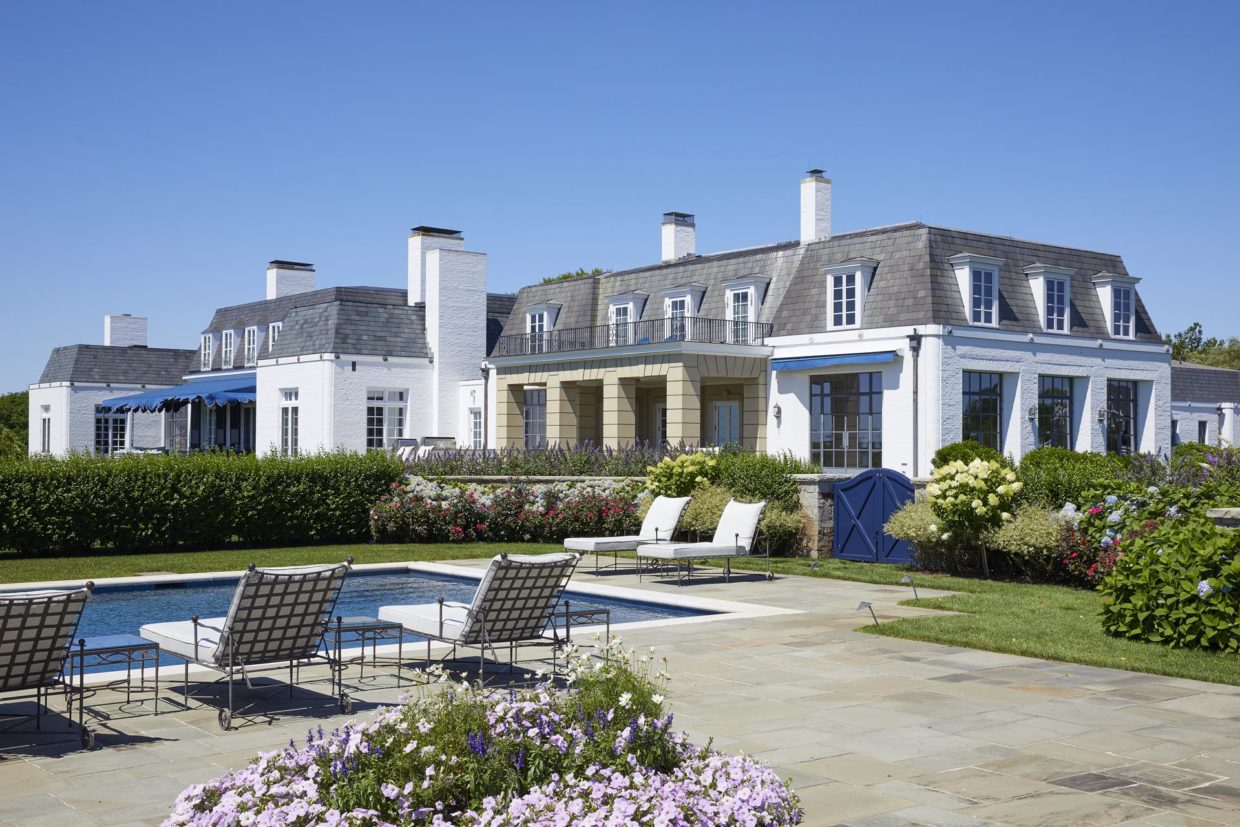 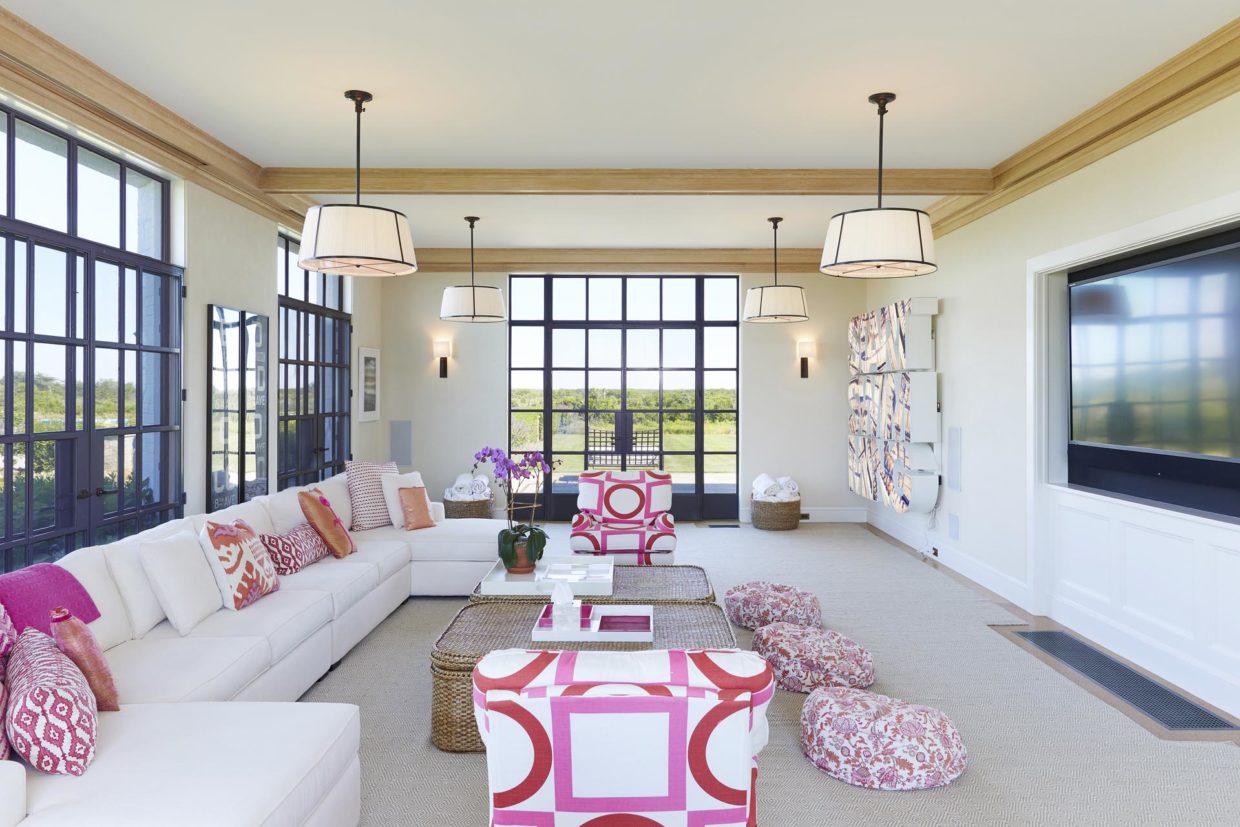 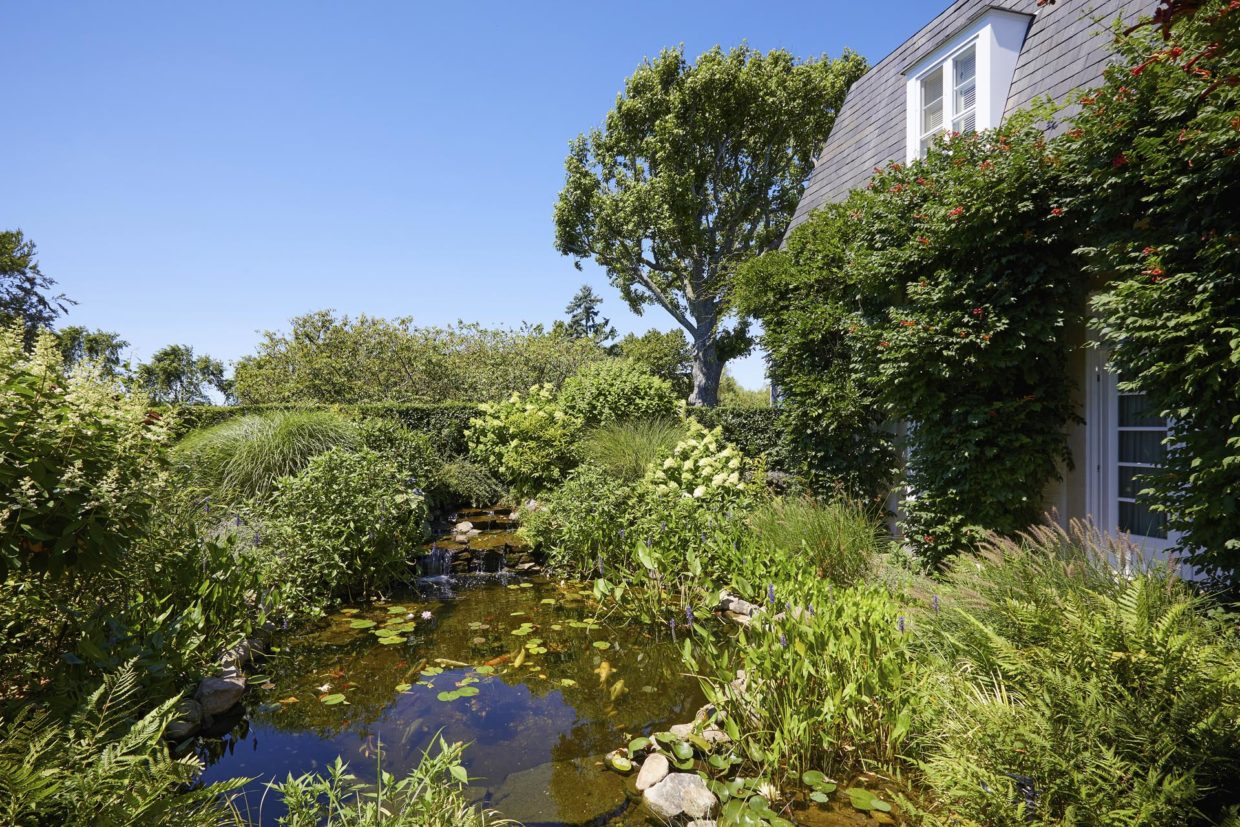 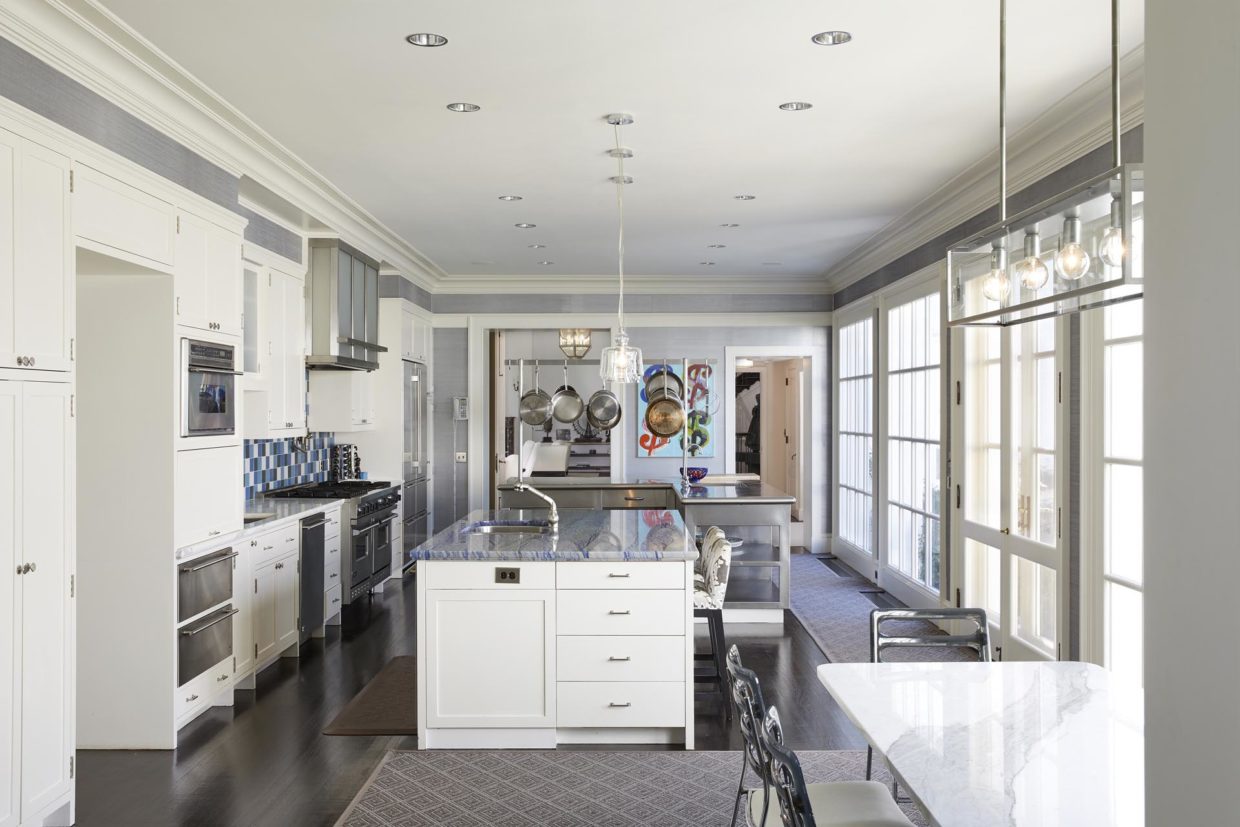 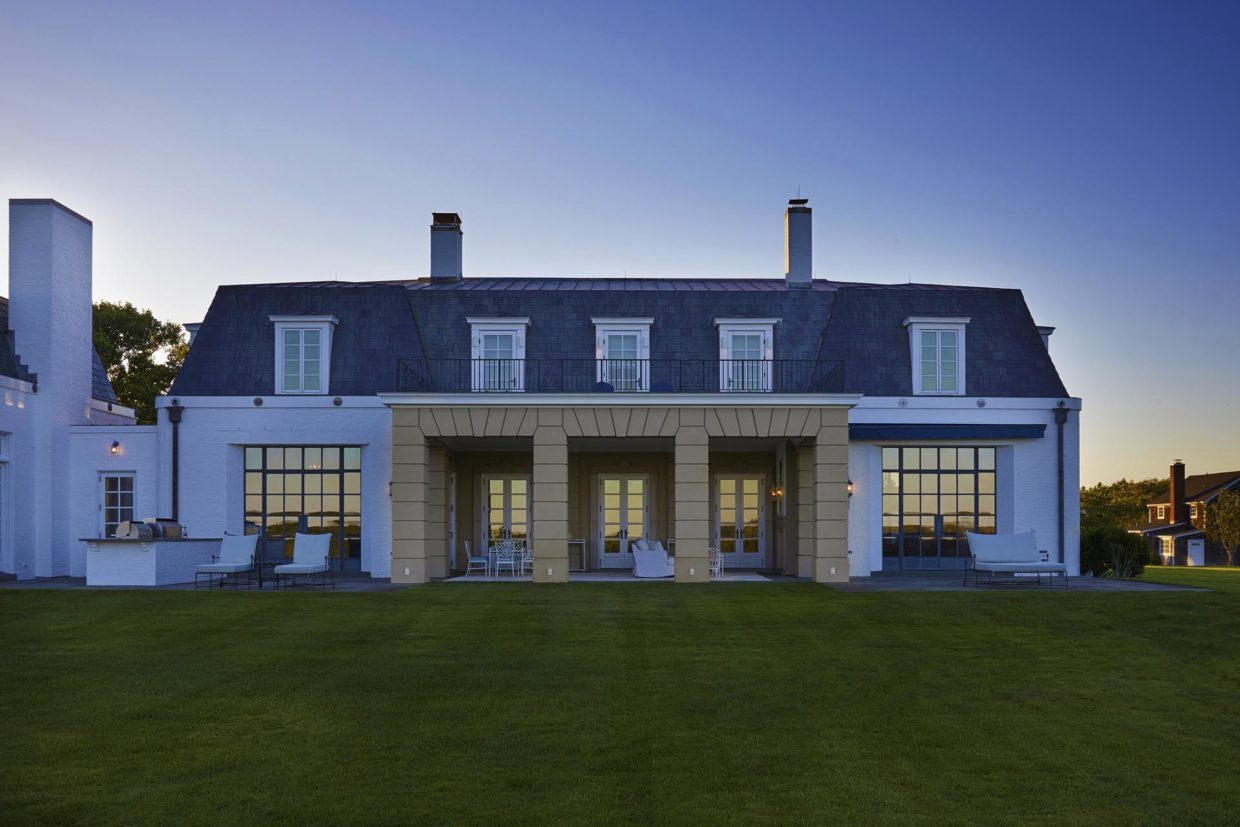 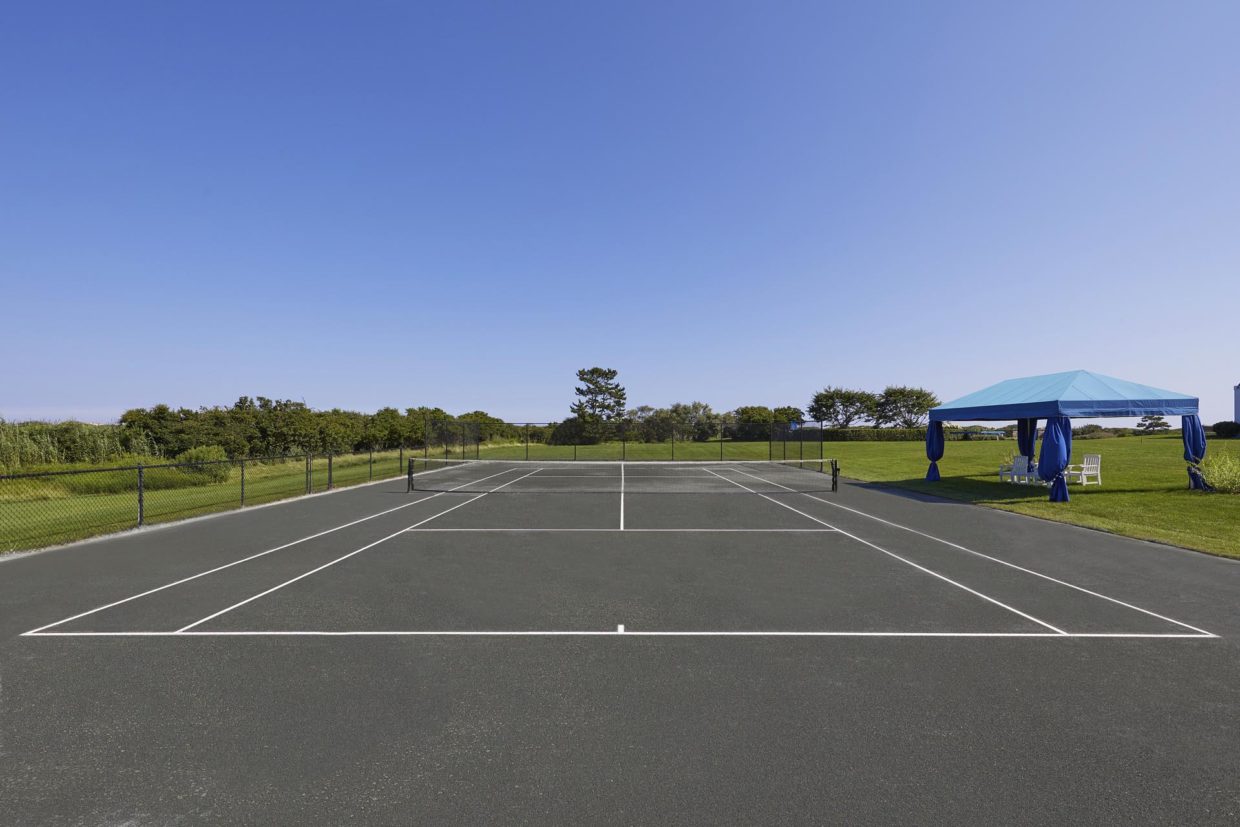