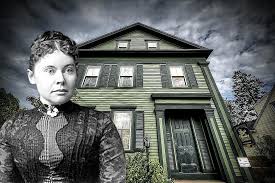 Are you looking to get spooked right in time for Halloween? Since Massachusetts has such a rich history, we have many actual haunted houses that you can visit which will definitely put you in the Halloween spirit! To help you out, we chose the top 5 most haunted and spookiest houses in all of Massachusetts.

Known as “The Witch House”, this house used to be the home of Judge Jonathan Corwin and it is the only structure still standing in Salem that has direct links to the Salem Witch Trials. Corwin was one of the men who investigated the young women who were being accused of witchcraft. This led to the execution of 19 people. “The Witch House” is open daily for haunted tours from 10 am to 5 pm.

Also known as the “George Corwin House”, this Federal-style home was built in 1784 for the merchant, Joshua Ward. The house is supposedly haunted by the spirit of Sheriff George Corwin and Giles Cory. George Corwin was the 25-year-old nephew of Judge Jonathan Corwin. His duties included bringing the young women who were convicted of witchcraft to the execution site on Proctor's Ledge.

Lizzie Borden, the woman who was accused then acquitted of murdering her parents with an ax, is now a tourist attraction for the brave. Earlier this year, the home was sold for nearly $1.9 million after extensive renovations. Horror fanatics can now go on tours run daily, or for brave, you can spend the night in the home of New England's most famous unsolved double murder.

At this haunted house, prior residents reported hearing disembodied footsteps and seeing silverware move. Due to a bitter divorce case, the 19-room home was abandoned and falling apart throughout the late 1990s and early 2000s. In 2004, the home was restored to its original glory. However the ghosts did not scare away potential homebuyers, the home was sold in 2014 for $10 million.

This home houses 2 of the most famous ghosts, Edith Warton and her late husband Teddy. Prior guests and homeowners reportedly experienced hauntings from the two ghosts. Not only that, others see a little ghost servant girl and a man who is supposedly Edith’s past lover.

Click here to see the top 15 real-life haunted houses in all of America!