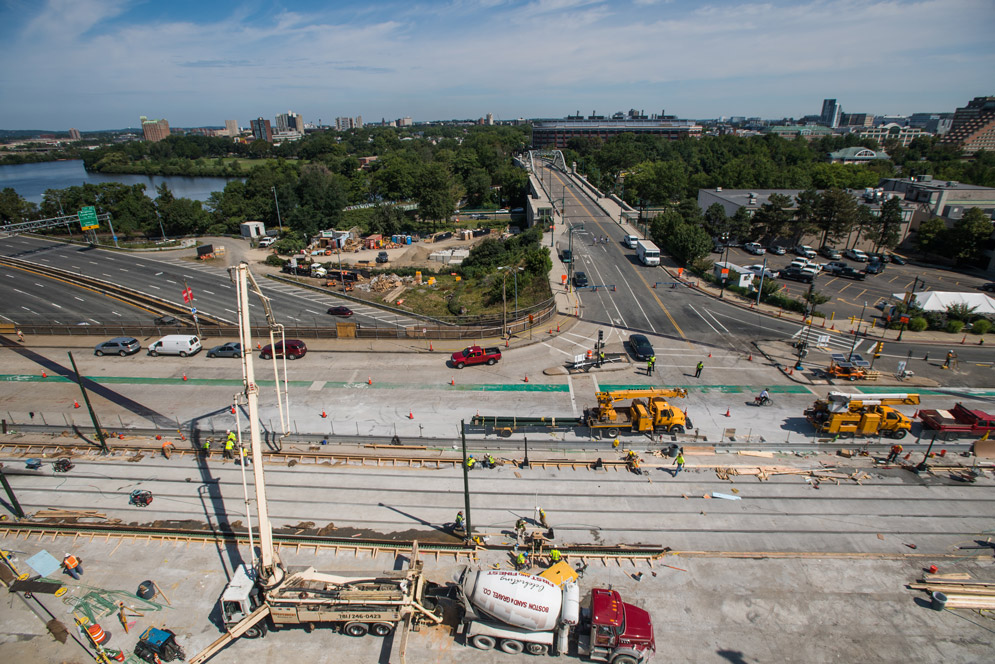 Happy hump-day! Here is some news that is sure to brighten your morning. As of 5 am EST. this morning, August 16th, the Commonwealth Ave. Bridge has re-opened to all traffic.

After a delay earlier this week, Commonwealth Ave. and surrounding bridges have re-opened to traffic. Both the Comm. Ave. Bridge and BU Bridge had been closed to drivers since the end of July while intensive structure replacement was done.

The original timeline had the area re-opening to traffic over the weekend. News of delay distressed locals and commuters as the construction and detours have made for rush hour traffic disasters since the roads were closed down. Luckily, the headache is over. After an all night-er structural construction was concluded at 5 am this morning. All lanes and bridges are open and Green Line MBTA services have resumed to their normal schedule.

According to the Mass. Gov. Transportation blog:

The finished condition includes significant safety and functional improvements for all users of the bridge:

Finishing touches to the construction are excepted to continue through September 2017. Officials have stated that there will be off-peak land closures on Commonwealth Avenue near the bridge in the coming weeks as final paving work and curbing installations are conducted.

Mass. Dot says you can expected the following :

Through September 2017, the following impacts are necessary for the contractor to carry out finishing work on sidewalks, curb setting, final paving, fencing, and utilities: