Homebuying excitement has faded in the wake of dropping affordability and rising mortgage rates. This means a modest gain in existing home sales in 2017 according to a survey by the National Association of Realtors.

78 percent of homeowners surveyed believe now is a good time to buy. Only 57 percent of renters agreed which is down from 60 percent in September and 68 a year ago.

“Rents and home prices outpacing incomes and scant supply in the affordable price range has been a prominent headwind for many prospective buyers this year. Making matters worse the unwelcoming reality of higher mortgage rates since the election is likely further holding back confidence. Younger households, renters and those living in the costlier West region – where prices have soared in recent months – are the least optimistic about buying.”

The median existing home price is expected to grow 4 percent in 2017. 91 percent of homeowner survey participants believe prices will stay the same or rise in their community over the next six months. 62 percent believe that now is a good time to sell a home – down just a percent from the last quarter.

“Some sellers may be reluctant to move up or trade down – especially if they’ve refinanced in recent years. That’s why its extremely necessary for homebuilders to step up their production for homes catered to buyers in the affordable price range. Otherwise the nation’s low homeownership rate will struggle to shift higher in 2017." 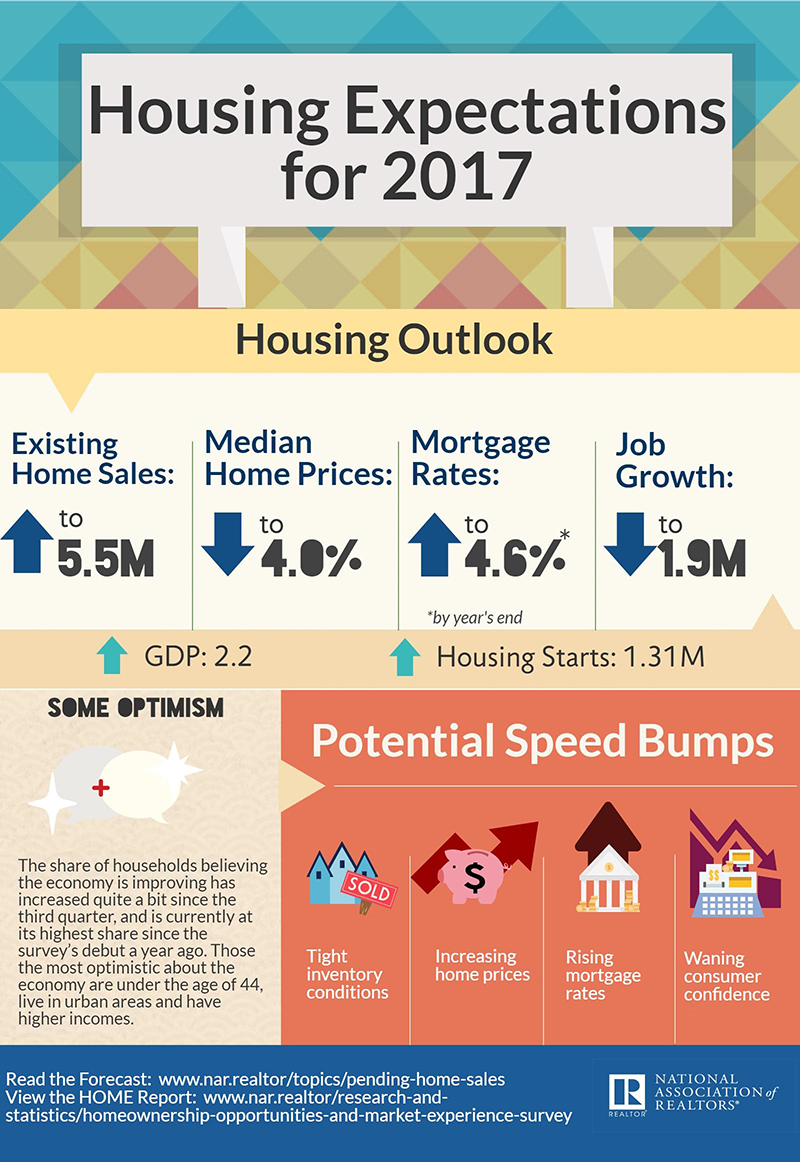