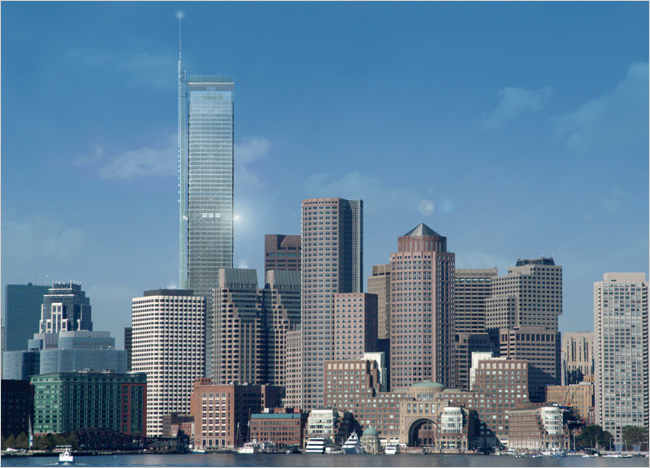 Homeowners, renters, homeless people and community development and a variety of other groups planned a rolling rally yesterday to bring attention to a “renters state of emergency”.

Their goal is to highlight Hub residents “falling into the gap” which they attribute to a lack of rent control; just-cause eviction laws; community control of public land; and the boom in development. They want change related to affordable housing creation of community residents.

“The people who built this city should not be displaced,” said Maria Christina Blanco, community organizer at City Life/Vida Urbana. “There’s so many people who need housing and can’t afford it.”

Millennium Tower is testament to an economy producing housing “just for people who are basically wealth 1 percent corporate speculators.”

The rally ended at Parcel 26 in Chinatown, a part of 5.5 acres owned by the state that will be sold for private development. The activists are calling for at least 20 percent or 200 of any housing units developed there to be set aside as affordable for low-income residents.

In response, the Cambridge-based Small Property Owners Association, has called for landlords to counter protest. They want to voice their opposition to proposed just-cause eviction legislation. Such legislation equated to rent control according to them.

On a city level, housing chief Sheila Dillon – director of the Department of Neighborhood Development – said the city is reviewing the proposal and discussing it with officials to make sure it’s a bill everyone can get behind.