The Greater Boston Association of Realtors has released the local market updates for March 2016 and seeing how single-home and condominium sales increased despite an increase in pricing, it is safe to say it's a seller's market. 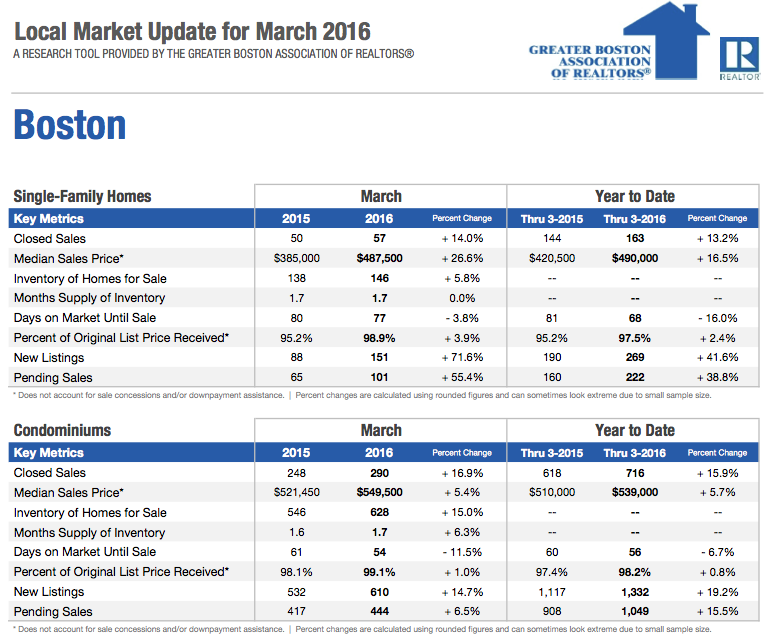 The supply of homes for sale in March was significantly higher than February, indicating that more sellers are deciding to list their homes. However, while prices were way up over last year, the sales have not suffered.

The median price of a single-family home sold in March hit a high of $487,500 a 27 percent increase over the same time last year. That figure was slightly higher than February, so the fact that sales are steadily increasing suggests a healthy market.

The median condominium price also saw a small increase; for that reason, buyers looking for affordable housing continue to take their search outside the pricier urban cores.

The number of homes and condominiums sold increased 15 percent while the number of active listings increased at the same pace. It looks like the Boston real estate market is healthy as ever!