Share
Boston Properties is again planning a massive air-rights development at a major transportation hub, this time with a 1.26 million-square-foot mixed-use project above Back Bay Station.

Boston Properties (NYSE: BXP) on Tuesday filed a project notification form with the Boston Redevelopment Authority that outlines its plans for three separate commercial and residential towers and a renovated and expanded Back Bay Station. The total project, if approved, would include 575,000 square feet of commercial office space, up to 100,000 square feet of retail and restaurant space, and 600 residential units. 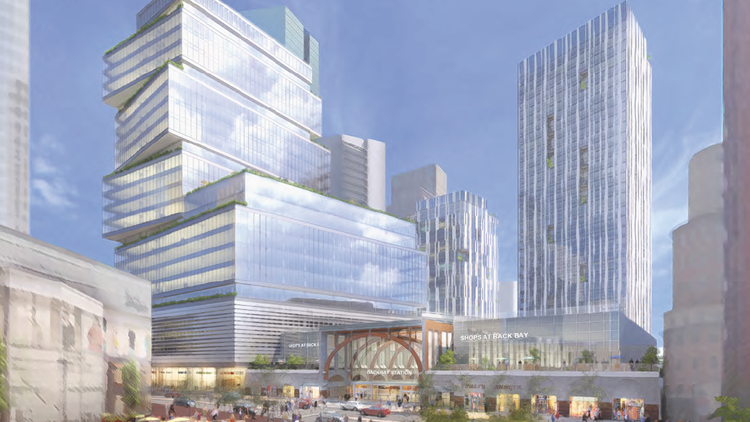 The filing comes just a few months after construction crews broke ground on the first phase at The Hub on Causeway, a 1.5 million-square-foot Boston Properties project at North Station. Crews are also wrapping up work at 888 Boylston St., a 17-story office tower adjacent to the Prudential Center that's about half a mile from the proposed Back Bay Station project.

"The project is conceived as a holistic and transformative, mixed-use, transit-oriented redevelopment which will revitalize an underutilized urban site and transform the adjacent public realm, integrate and connect the surrounding Back Bay, South End, and Bay Village historic neighborhoods, and create an attractive and appealing place worthy of this prominent location within the city of Boston," Boston Properties wrote in its filing to the BRA.

If approved by the city, the project is set to include: