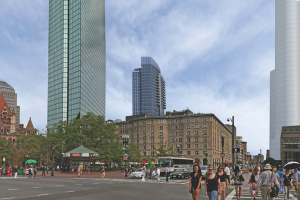 Number of hotel rooms drops too, while number of condos rises

It's been ages since we've checked in with the seemingly stalled project to redevelop the Boston Common Hotel and Conference Center at 40 Trinity Place in Back Bay. Recall that plans had been put forth for a condo-hotel hybrid rising to 33 floors and containing 220 four-star hotel rooms and 142 luxury condos. The pièce de résistance would be a two-story lobby starting on the 18th floor and looking down on the little people.

The proposal has faced blowback from area residents, including owners in the Clarendon condo across the street, who fear losing their natural light to the spire, and others who worry about the effects of 40 Trinity on wind (yes).

The development team behind the tower has now submitted a revised plan that has shrunk its proposed height by seven feet to 393, or 31 stories. The number of hotel rooms has been reduced drastically, too, from that 220 to 154. The number of condos, however, has been bumped by 31 to 146. Affordable housing at the site has been scotched in favor of building 39 such units off-site (17 had been proposed on-site).

Also, and somewhat sadly, the proposed two-story lobby would now start on the 15th floor rather than the 18th. Plans are still fluid, so stay tuned. 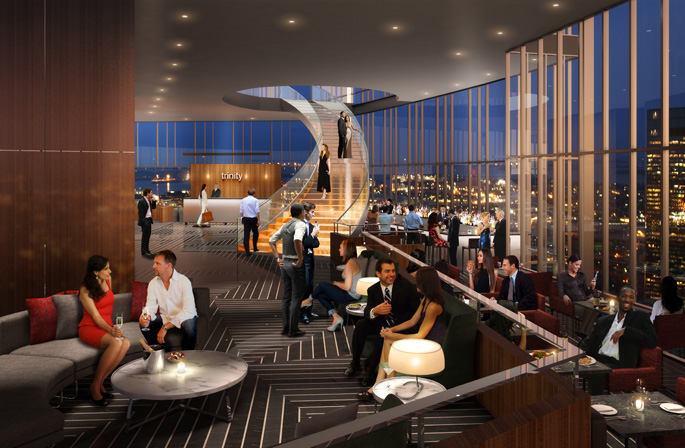