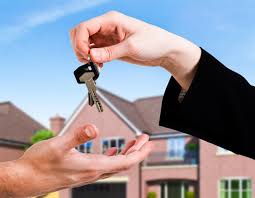 West Newton is one of the oldest of Newton's villages. Its main thoroughfare is Washington Street which provides easy access to the Massachusetts Turnpike and the MBTA Commuter Rail Station. In addition to the retail and service businesses, West Newton includes a large amount of the city's manufacturing use. A local movie theatre and a plethora of restaurants make the village a vibrant center in the evening. The West newton Advisory Committe provides input on community development.

West Newton Square  is the town center of the village and home to many local businesses and venues. These include the historic West Newton Cinema - a small theatre featuring independent films. Many popular restaurants are located in West Newton as well ranging from upscale French bistro Lumiere ot Sweet Tomatoes Pizza and Coney Island Ice Cream Cafe. Blue Ribbon Bar-B-Q is another popular destination attracting fans from far and wide. 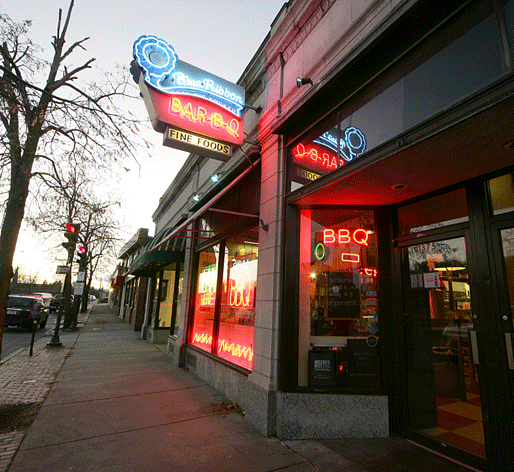 There are several civic buildings in West Newton Square including the Newton Police Department, local courthouse, and Chinese Community Center. The square was once home to a branch of the Newotn Free Library in addition to the Davis Elementary school. However, both were closed in the 1980's due to financical constraints. 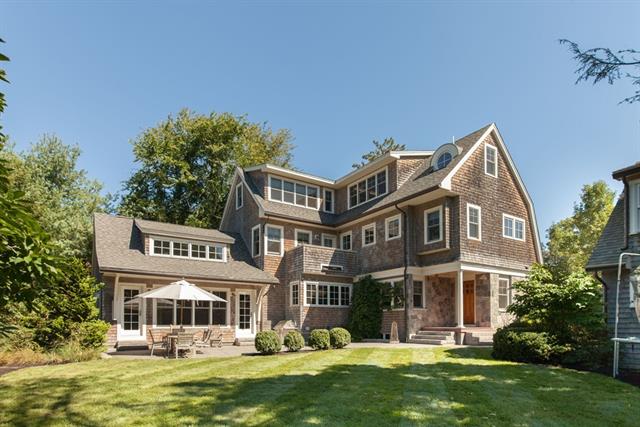 Until the early 1800s, West Newton was merely a cluster of buildings along Washington Street and a few outlying farms. In 1720 there were only three houses within a mile of West Newton Square. Agriculture was the primary occupation in the area and large parts of the village remained forested - including a region of swamps and marshland extending to the Charles River and the Town of Waltham. However, despite its small size West Newton played a large role in the early history of Newton. The tiny settlement became a religious center for Newton's northwestern section in 1764 when a second church (West Parish Congregational) was built. During arguments over the boundaries of the new parish, a line was drawn through a field of squash. West Newton's detractors from Newton Centre dubbed the village "Squash End" and the rivalry continued into the 19th century. 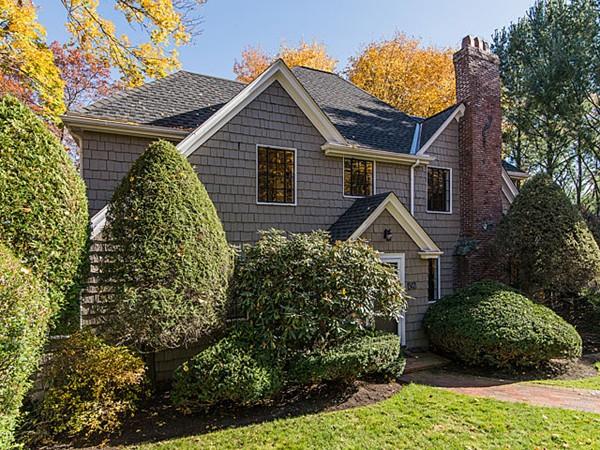 In 1848 West Newton relocated the Town Hall from Newton Centre where it remained until the early 1930s. The village's growth was rooted in its easy access to transportation. The full impact of the railroad wouldn't be felt until after the Civil War - b y 1850 a large number of new year-round homes were under construction. Wealthy Boston commuters settled on West Newton Hill while an influx of Irish immigrants and local workmen were building small cottages along the flats towards River Street, Auburndale Avenue and to the north.

West Newton has little industry and was host to a small business center. But its attraction for city dwellers was the rural ambience, small town socialibility, cheap land and proximity to downtown Boston. With the boom in population churches were established and several small buildings were replaced with attractive business blocks. The village became known for its superior private schools.

The first settlers built simple, rectangular houses in the Greek Revival and Itlianite fashion - architectural styles that are simple and avoid ostentatiousness. However, as development continued, long front porches, projecting bay windows, exaggerated roof forms, towers, turrets and all manner of intricate wooden detailing became the normal house design after the Civil War. West Newton's represents several phases of the community's development - including scattered farms of the 1700s to multi-family housing of the 20th century.

Check out some historic photos of West Newton: 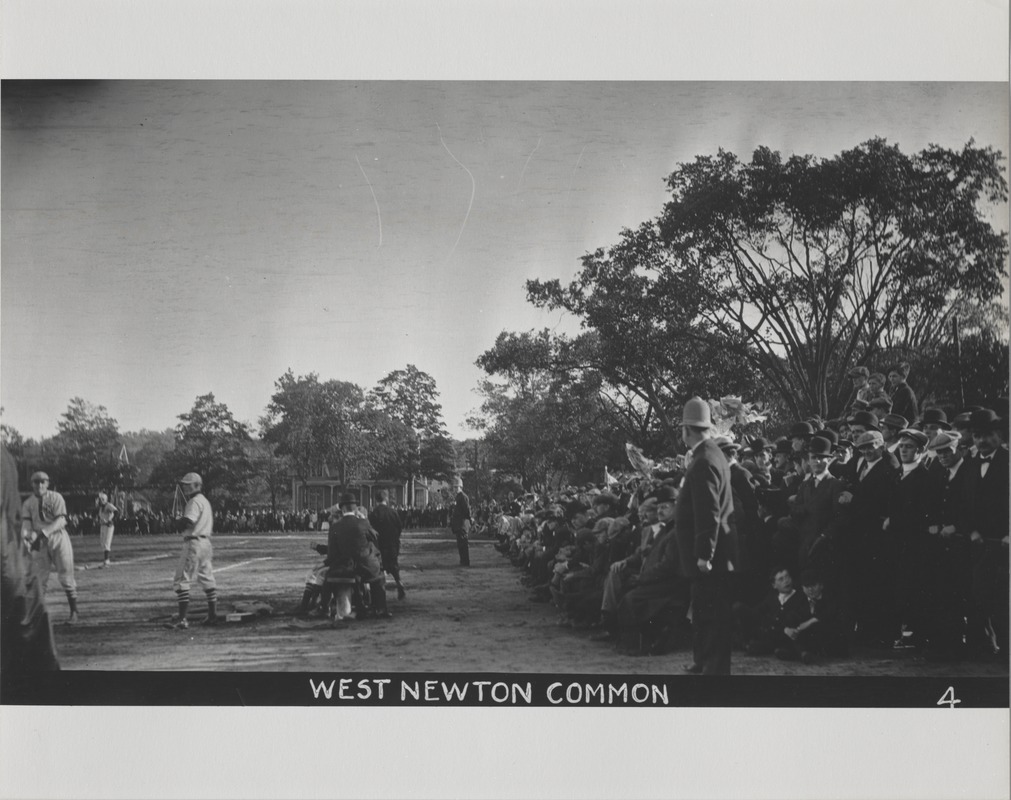 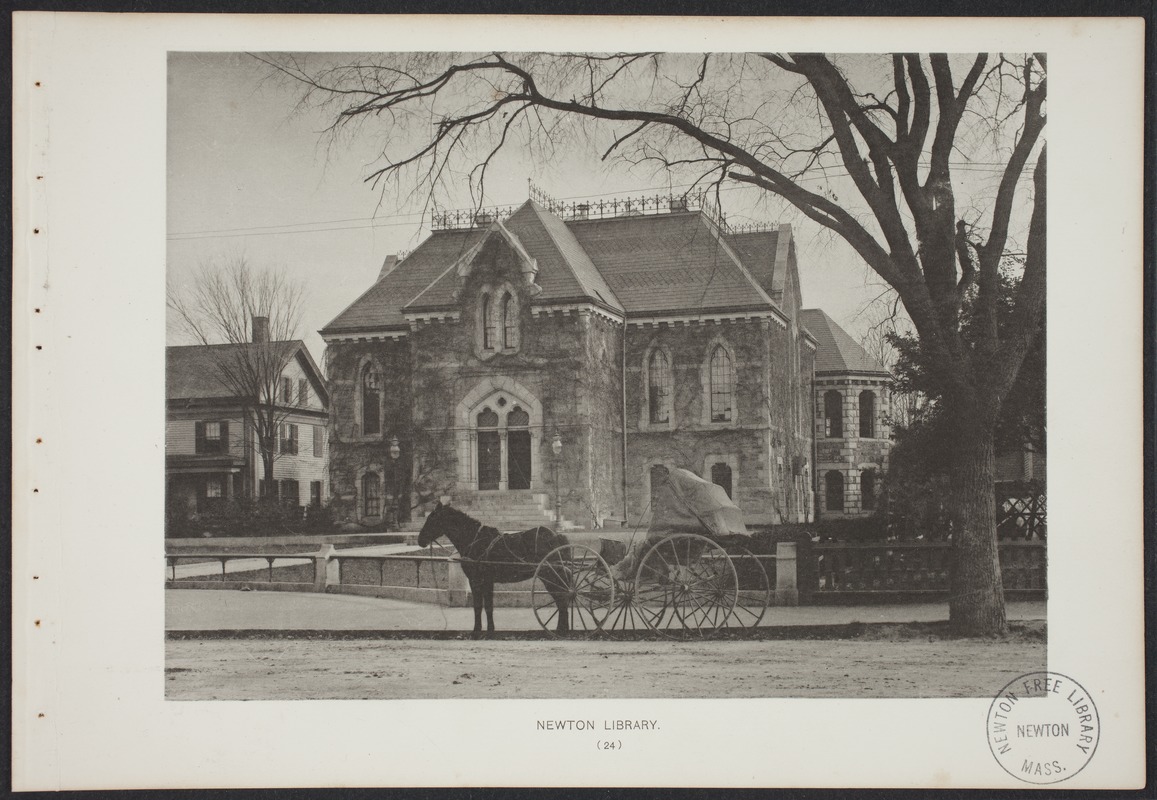 Here are some resources to help you explore West Newton with the click of a button: