Mortgage Rates on the Rise! 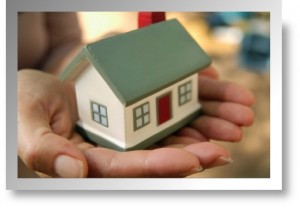 Mortgage buyer Freddie Mac said Wednesday that the average rate on the 30-year loan increased to 4.29 percent from 4.22 percent last week. The average on the 15-year fixed ticked up to 3.3 percent from 3.27 percent.

Rates have risen nearly a full percentage point since May after the Federal Reserve signaled it might slow its bond purchases by the end of the year. Rates peaked at nearly 4.6 percent in August. But the Fed held off in September and most analysts expect it won't move until next year.

The increase in mortgage rates has contributed to a slowdown in home sales over the past two months.

To calculate average mortgage rates, Freddie Mac surveys lenders across the country at the beginning of each week. The average doesn't include extra fees, known as points, which most borrowers must pay to get the lowest rates. One point equals 1 percent of the loan amount.

The average rate on a five-year adjustable mortgage edged down to 2.94 percent this week, from 2.95 percent last week. The fee was unchanged at 0.5 point.