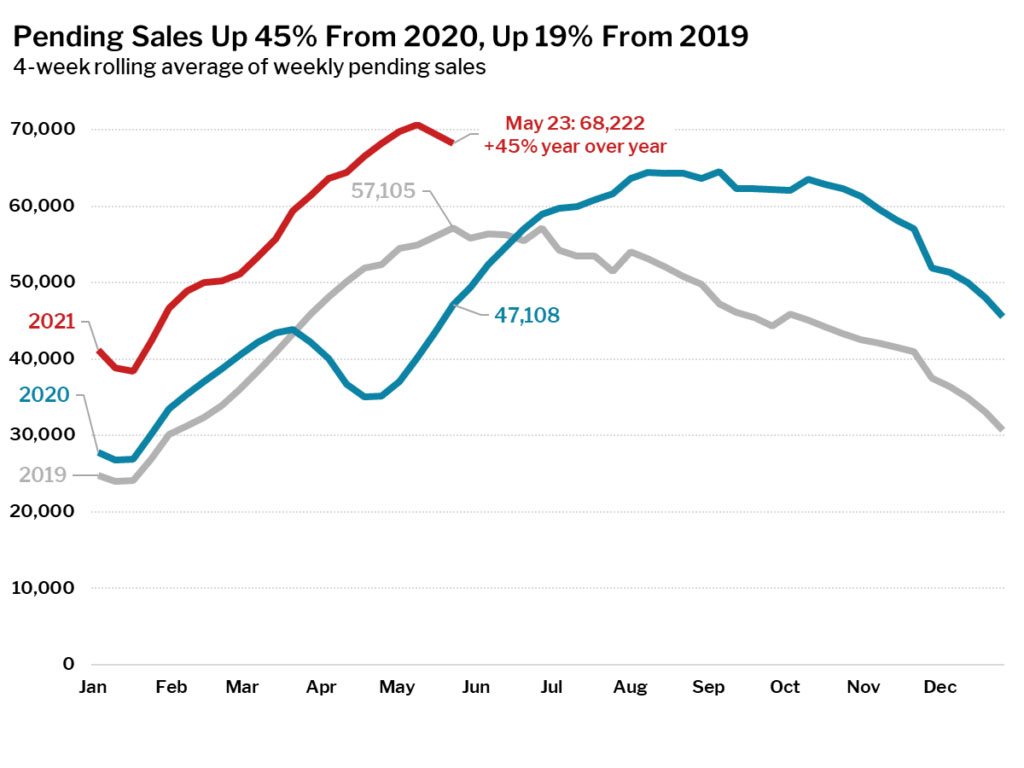 Even in the face of record-low inventory and skyrocketing median home prices, homebuyers aren’t giving up on their homeownership dreams, as evidenced by some of the latest market reports. A whopping 51 percent of homes sold above listing price in May — almost double the rate from last year (26 percent).

Median home sale prices ($354,250) and median home asking prices ($361,875) both reached all-time highs, with buyers, on average, offering 1.9 percent above the asking price. The average days on market dropped to a record low of 17 days, as nearly 60 percent of homes went under contract within two weeks.

As a result of booming buyer demand, new listings (-8 percent) and active listings (-49 percent) were well below May 2019 levels, which is a more accurate barometer of market growth than May 2020, when most of the country was still under lockdown. Current trends won’t reverse until mortgage rates rise later this year, which should temper buyer demand. The fact that homes keep selling for more and more above asking prices goes to show that many more people want a home than there are homes for sale, we don’t see that changing until mortgage rates increase, which will likely happen later this year. But until then, the housing market will remain red-hot.