After cutting their royal ties, Prince Harry and Meghan Markle, shipped off; out of their motherland-- not "the", "their" as in implying ownership-- and set off for greener pastures. What could get greener than existing as literal royalty? Well, existing as a mega-famous celebrity couple adored the world over without any royal responsibilities, of course. That looks like the goal, and who could blame them.

It seems like the couple is going to leverage their fame to get even more famous in the land of the free, home of the influencers; sunny Los Angeles.

The duo is still hunting for a permanent place to stay, but for now they've found a decent nest to visit. They're staying at one celebrity's house, a man we've mentioned a few times in our most recent blogs, who is much more ingrained in the real estate world than you'd expect.

Markle and Prince Harry are staying at the 25,000 sq ft manor of Tyler Perry's design. That's right, the same Tyler Perry who sold Pharrell that glass palace on Mulholland. The place was specifically built with privacy in mind, which is probably why the couple picked it. That, and the fact that it is what it is; look at the thing.

Sitting on 22 acres, with an anti-paparazzi gate the highest grade security system Perry could find, the couple can sit comfortably knowing that no paps can spy on them making hundreds of banana breads during quarantine.

Scroll down if you want to check out the photos of this Tuscan-American style manor. Yes, there are only two. It's so inaccessible and secretive that this is all we could find. Check the location too; right on the side of the hill. Anyone wanting to spy will either need a camera with incredible zoom or the boldness (read: stupidity) to see how good British secret service agents are at their job.

We hope footage of the later surfaces. We promise to write a blog about it for you guys if it does. 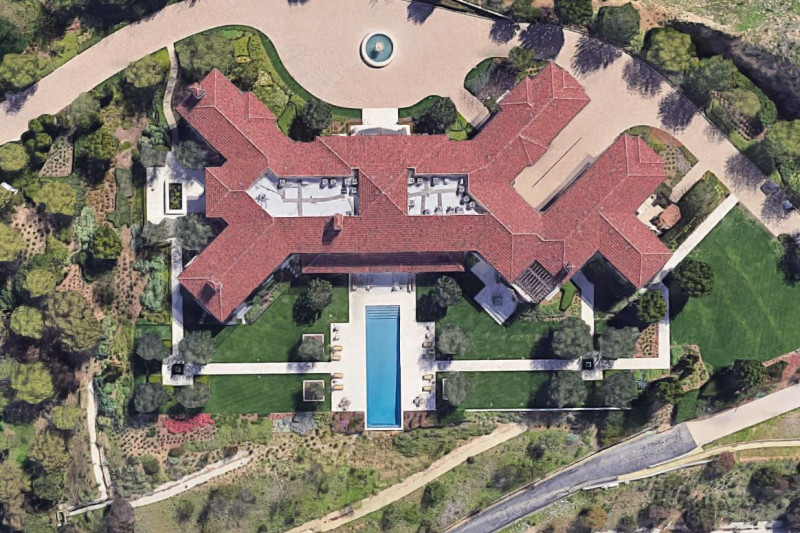 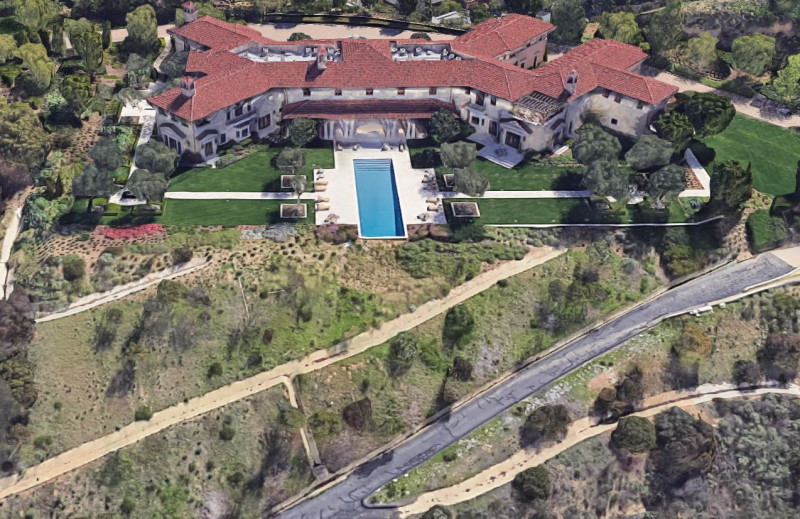