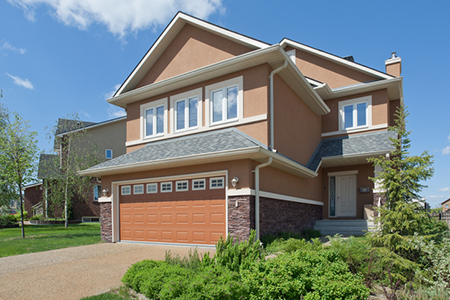 “The March new-home sales report is consistent with our solid builder confidence readings over the past several months,” said Randy Noel, chairman of the National Association of Home Builders (NAHB), in a statement. “As consumer confidence grows and more prospective buyers enter the housing market, the sales numbers should continue to make gains.”

“We saw sales move forward in the West and the South regions, which is in line with recent evidence of faster growth in population, employment and single-family construction in these areas—but with nationwide economic growth and favorable demographics, we can expect continued strengthening of the housing market across the country,” said Michael Neal, senior economist at the NAHB.

“Given recent strength in both new-home permits and starts, it was only a matter of time before sales of new home themselves perked back up,” said Aaron Terrazas, senior economist at Zillow, in a statement.

“In a market starving for inventory of all kinds, builders are finally putting the old adage of ‘If you build it, they will come’ to the test,” Terrazas said. “Despite these green shoots, builders still face a number of headwinds pushing against the delivery of more affordable new homes in particular. Rising materials and labor costs are weighing heavily, forcing builders to deliver homes at a price point that may be beyond the reach of many first-time and middle-income buyers. Builders are proving they can build a certain kind of home, but whether enough buyers can afford to come forward for them in meaningful numbers is an open question.”