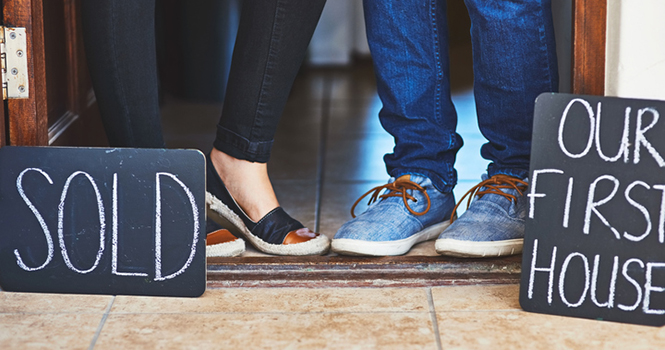 For the second time this year, existing-home sales have strengthened, building on the gains in February, as reported by the National Association of REALTORS® (NAR). March saw an increase of 1.1 percent to 5.6 million, and inventory has seen increased of 5.7 percent up to 1.67 million.

“Robust gains last month in the Northeast and Midwest—a reversal from the weather-impacted declines seen in February—helped overall sales activity rise to its strongest pace since last November at 5.72 million,” says Lawrence Yun, chief economist at NAR. “The unwelcoming news is that while the healthy economy is generating sustained interest in buying a home this spring, sales are lagging year-ago levels because supply is woefully low and home prices keep climbing above what some would-be buyers can afford.”

Inventory is currently at a 3.6-month supply, with existing homes averaging 30 days on the market in March, and 50 percent of homes on the market being sold within a month.

“REALTORS® throughout the country are seeing the seasonal ramp-up in buyer demand this spring, but without the commensurate increase in new listings coming onto the market,” Yun says. “As a result, competition is swift and homes are going under contract in roughly a month, which is four days faster than last year and a remarkable 17 days faster than March 2016.”

San Francisco, Colorado Springs, and San Jose were some of the metropolitan areas with the fewest days on market. The median existing-home price for all types (condo, single-family, co-op, etc.) was $250,400, an increase of 5.8 percent from last year. The median price of existing single-family homes was $252,100, with existing condos coming in at $236,100.

The Midwest and the Northeast both saw higher sales, with 5.7 percent and 6.3 percent increase, respectfully.

“Although the strong job market and recent tax cuts are boosting the incomes of many households, speedy price growth is squeezing overall affordability in several markets, especially those out West,” says Yun.

First-time buyers made up 30 percent of the existing-home sales in March, a one percent increase since February.

“First-time buyers continue to make up an underperforming share of the market because there are simply not enough homes for sale in their price range,” says NAR President Elizabeth Mendenhall. “Supply conditions improve in higher-up price brackets, which means those trading up should see considerable interest in their home, as well as more listings to choose from during their own search.”

Existing-home sales are on a familiar track, according to Keller Williams Chief Economist Ruben Gonzalez.

“We continue to forecast that existing-home sales in 2018 will be at or slightly below 2017 sales,” says Gonzalez. “If inventory conditions remain restrictive, we also expect to continue to see home price appreciation accelerate. Based on data and anecdotal evidence, the most restrictive inventory conditions currently exist for entry-level housing, and this is also where we anticipate the most acceleration in home price appreciation.”