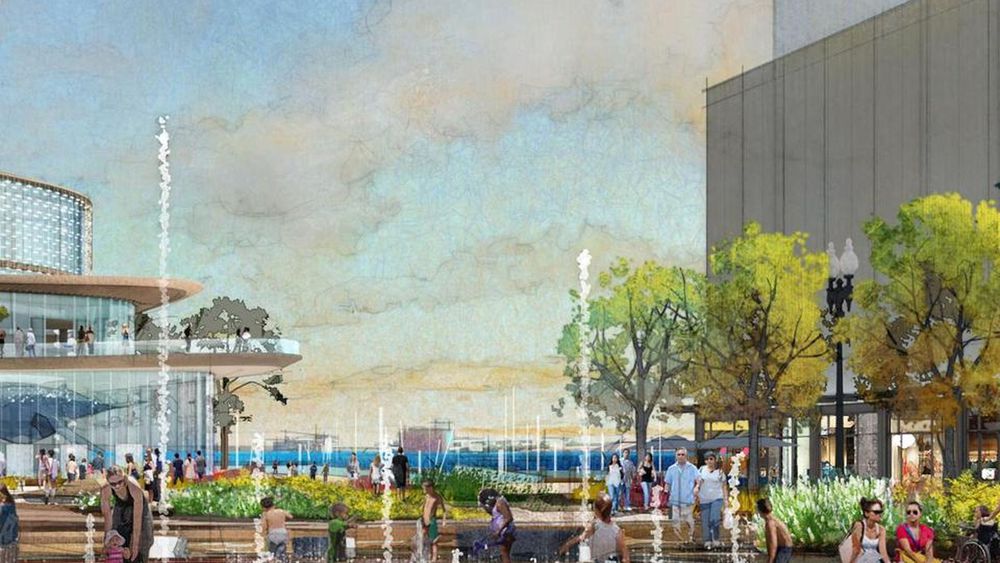 The tallest tower in Boston in the John Hancock building, which stands at 790 feet or 60 stories high. This building stands out in our cities skyline, being much taller than the average Boston skyscraper. This new tower is a part of a series of project underway around the city which would bring up to eight new skyscrapers to the city of similar or even greater height. Read more about these projects here.

How it will work:

The city of Boston approved the rezoning of 42 acres of land for the new construction, which includes 22 acres of filled tidelands. Developer Don Chiofaro of The Chiofaro Cos. has long been proposing construction projects in this space. He originally envisioned two large towers and a much larger space, around 1.3 million square feet. To get the plans approved by the city he settled on one tower, and the use of the much smaller space. It is also in the agreement that 50% of the land used will dedicated to open space for the people of Boston. He aims to create a new parkway around the New England Aquarium that will be similar to the Rose Fitzgerald Kennedy Greenway. Comically this waterfront park will be named the 'Blueway.' (Pictured above)

The new space would also include many commercial spaces. Pictures of these designs can be found below.

There are many who oppose this construction project because of its grand nature. The New England Aquarium, for instants, does not approve of the makeover of the area and sees it as “an existential threat." As plans for construction continue to move forward they could run into more opposition from the city. However, the zoning laws stood to be the biggest threat to the project and coming to an agreement with the city is a huge step forward for Chiofaro and his team. 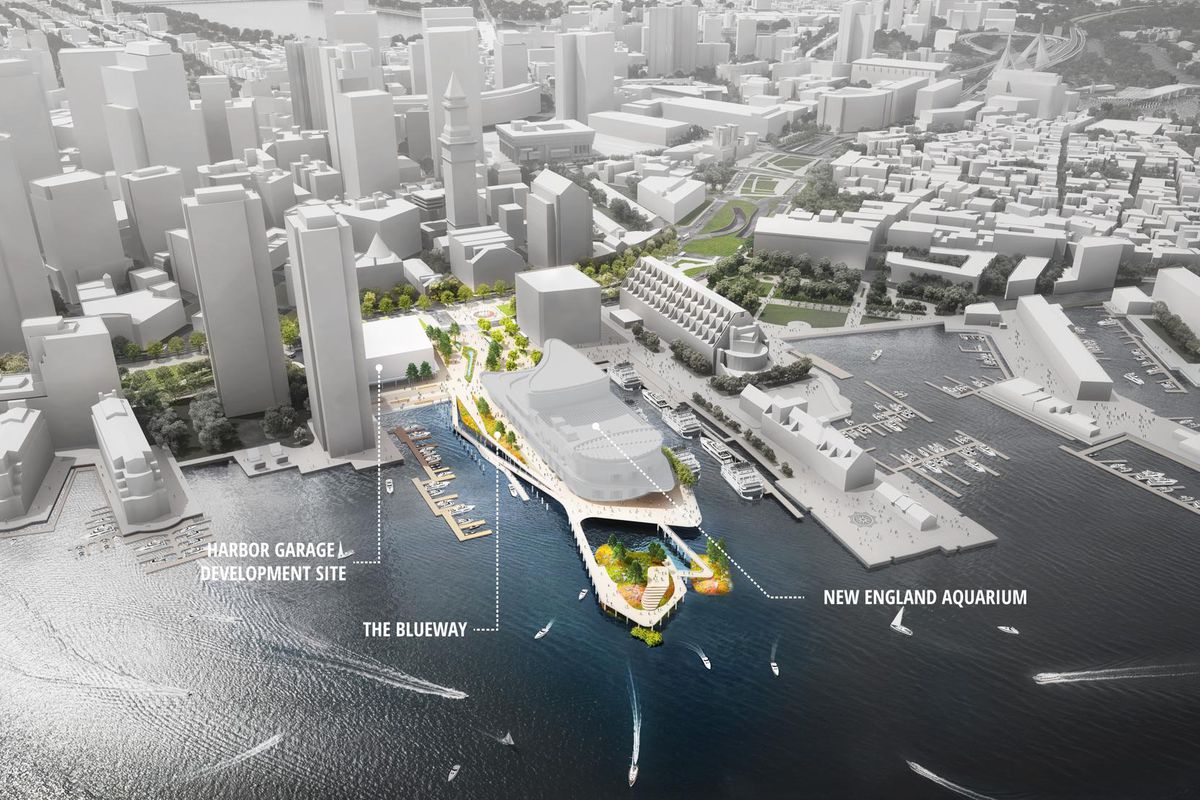 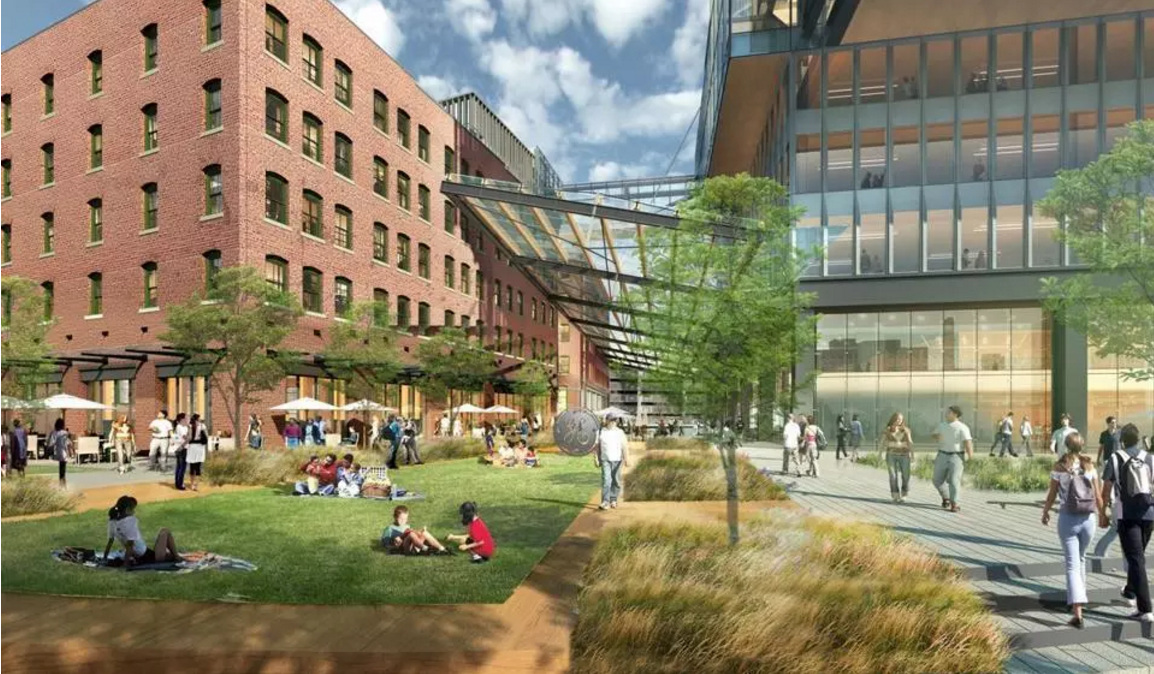 Photos Courtesy of The Chiofaro Cos.