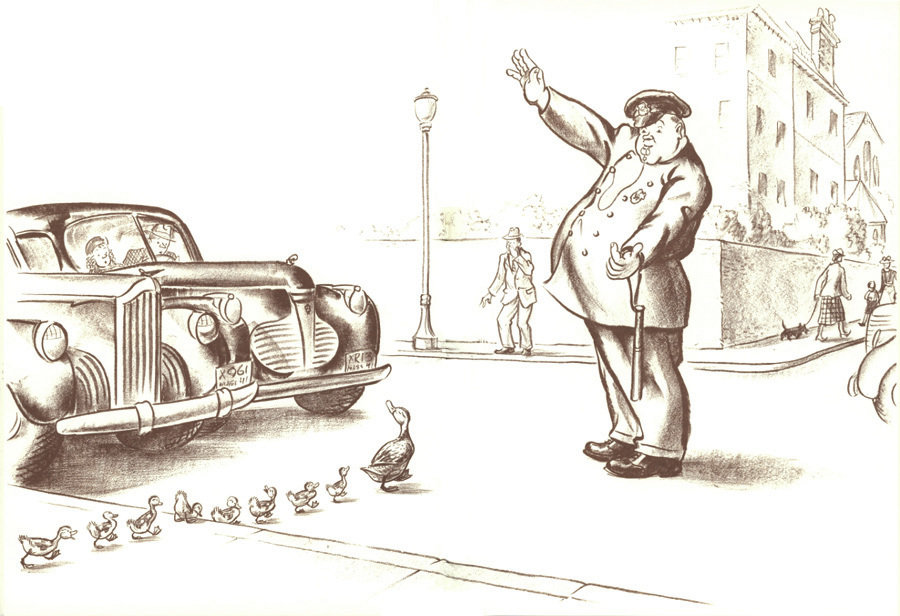 KIDS: “Make Way for Ducklings: The Art of Robert McCloskey”

Make Way for Ducklings has been a Boston pop-culture symbol for generations. Readers have been enjoying the adventures of Mr. and Mrs. Mallard, Jack, Kack, Lack, et al. since 1941.

The Museum of Fine Arts is now welcoming fans by celebrating the 75th anniversary of Robert McCloskey’s famous book with perhaps the institution’s most family-friendly exhibition ever. This broad retrospective features more than 50 drawings and paintings, covering Ducklings, of course, but also Homer Price, about McCloskey’s childhood in Ohio; and Blueberries for Sal, about his adopted home state of Maine.

BOOK: Dining Out in Boston

Bob Newhart was topping the Billboard charts with comedy albums as far back as 1960, before going on to hit TV shows in the 1970s and ’80s. Now 87, he brings his legendary deadpan stand-up routine to Boston.

This long nightmare of a presidential election will be over by the time these DC political satirists take their musical revue to Rockport. They’re known for tailoring their songs and skits to the latest headlines, so prepare to weep bitter tears of laughter, no matter how you voted.

Urbanity Dance certainly lives up to its name in this unusual program, coordinated with the city of Boston: The choreography is set to a score by local composer Ryan Edwards, accompanied by recordings of Boston Public Schools students reading their personal essays about the challenges of growing up in the city.

After decades apart, the original lineup of Pioneer Valley college rock legends is enjoying a long, fruitful reunion touring and recording new material, including this summer’s Give a Glimpse of What Yer Not.

THEATER: Journey to the West

A classic of Chinese literature, this picaresque adventure combines a Buddhist monk searching through East Asia for sacred texts, gods, and magic, as well as a short-tempered Monkey King. This production stages the acclaimed dreamlike adaptation by MacArthur fellow Mary Zimmerman (Metamorphoses).