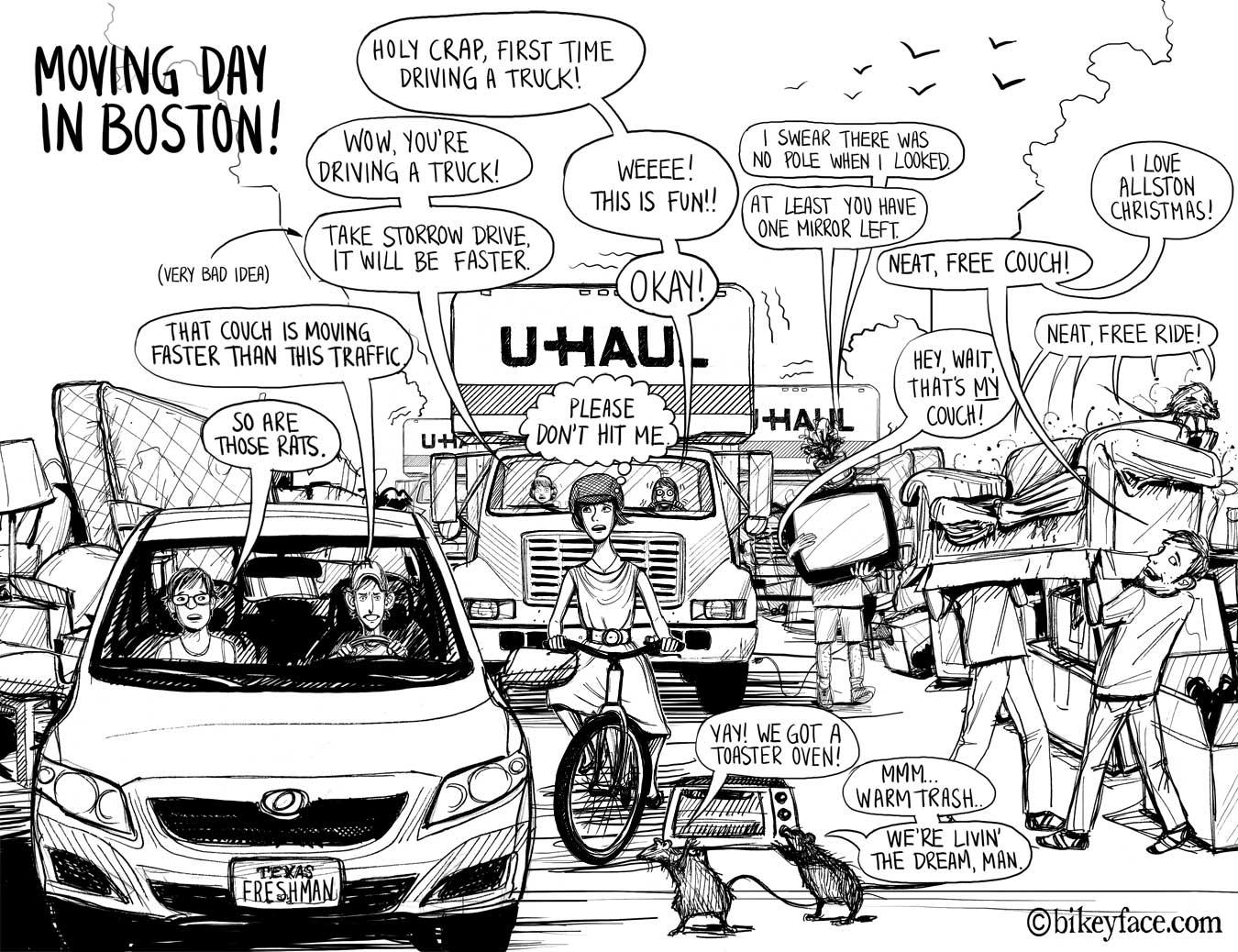 The price to hire movers in Boston skyrockets around September 1st. If you’ve lived in Boston for a while, you’re all too familiar with the moving-truck, new student filled chaos that is move-in time. If you thought you already had a million things to worry about for moving in September, add another bullet to the list. According to a new study, more than half the moving companies charge a higher rate to move on September 1st in comparison with July 1st. Some even hit a 127% mark up.

It’s not really that surprising – September 1st is when most leases end and people go back to school. Hence, there’s a huge demand increase for movers.

It's understandable, but unfair. Especially given the frequency of moves for certain populations such as students and young professionals due to steadily rising rents.

Unfortunately, supply manipulation isn’t an option for moving companies. Moving companies can’t incentivize others to join the economy, permitting themselves to hike up their rates, taking advantage and exploiting this period of the high demand. Focusing on the already cost-burdened group of students is appalling, especially since the price-tag of tuition is already burning a hole in families’ pockets. A surge in the price of moving on September 1st is unfair for everyone.

Are you moving in on September 1st? Use this handy moving checklist to make sure you don't miss a single step.