The Greater Boston Association of Realtors has released the local market updates for March 2016 and the real estate market in Brookline is looking healthy!

The supply of homes for sale in March was way up over February, indicating that more sellers are deciding to list their homes. And, while prices were also up over last year, the increases are seemingly harmless to sales. 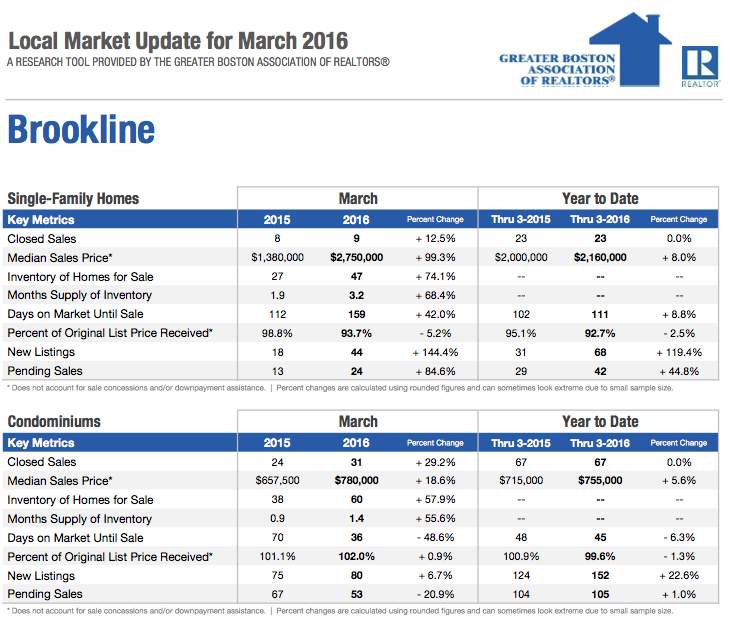 The median price of a single-family home sold in March hit a high of $2,750,000 a 99 percent increase over the same time last year. That figure was significantly higher than February, suggesting that prices may be peaking.

With the huge increases, it is not surprising that single-home sales remained so similar to last year.

The numbers of condos sold did increase by 29 percent, despite a 19 percent in median sales price. It looks like the higher price tags aren't stopping Brookline buyers.

However, with such high prices, it is safe to assume that buyers looking for affordable housing will be looking in less expensive areas than Brookline.