Share
tech
Here are the most important things you need to know about Boston business today.
From a potential strike at Logan International Airport to Boston Scientific's CEO payout, read this to find out just how costly Boston is for Business.
1. Logan Airport cleaners plan to strike over pay and safety.
A group of Logan workers plans to join airport workers around the country in protest of low pay, union rights and safety. This morning, the group plans to rally at the Blue Line Airport T stop due to an incident that ocurred recently in which a manager told a employee that "she would be fired if she engaged in the legally protected organizing activity."
2. Former Patriot Jerod Mayo relives his role as a rookie, this time in the business world.
Jessica Bartlett reported that former New England Patriots player Jerod Mayo is joining the technology division of health insurance company UnitedHealth Group as its "executive-in-residence,". Mayo will serve as an ambassador to the company, helping improve customer relations. Mayo retired last month from his long career as a linebacker with the Patriots. 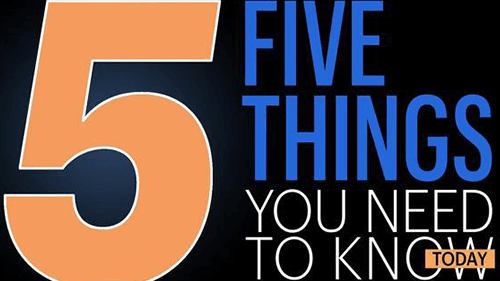 3. Boston Scientific CEO took in $33M in 2015.
Don Seiffert reports that the CEO of the state's biggest medical device firm, Boston Scientific, notched a total of $32.5 million in total compensation last year. Mike Mahoney, whose leadership since he assumed the CEO role in 2012 has been credited with a massive turnaround in the fortunes of Boston Scientific, reported $11.6 million in compensation last year, before value realized from past stock and option awards in 2015. That's about a 10 percent increase from the 51-year-old executive's compensation the prior year.
4. Business Journal honors Healthiest Employers this morning.
And if you're not in Everett this morning, you might want to head over to the Aloft Hotel on D Street in South Boston, where the Business Journal is honoring more than two dozen companies for their corporate wellness efforts, revealing who among them is Massachusetts Healthiest Employer. The breakfast event is being held from 7 to 9:30 a.m.
5. Boston is third-most expensive U.S. city for doing business.
No need to reiterate how expensive it is to do business in Greater Boston.  The state is in the top three for health insurance premium costs, and we're the sixth-costliest state for commercial ratepayers for electricity. We're also in the top five for state and local tax burden, per capita.
So this latest report, that Boston is the third-most expensive U.S. metro area to do business, with only New York and San Francisco proving costlier, is just the latest example of this sordid tale. KPMG examined 31 metro areas with a population of more than 2 million, looking at costs related to taxes, labor, real estate, transportation and utilities, among other factors. Boston is the only city in New England with business costs above the baseline for the U.S.
Thank goodness we are No. 1 is so many positive areas, especially when it comes to brainpower -- the number of per capita college-degree holders, for example, or per capita VC funding for startups, or R&D dollars per capita.
As far as the most cost-friendly U.S. metro area for businesses? Cincinnati ranked No. 1.
For more information visit The Boston Business Journal online.
Tags