About a week ago, we deep-dived into the changes in condo prices in Somerville and Cambridge over the last decade, with the help of research site NeighborhoodX. Long story short, condo prices in both cities have gone up, in some areas a lot more than in others.

Now we take a similar leap into the statistics covering single-family homes in Somerville and Cambridge. The below chart covers average per-square-foot sales prices of market-rate single-families in areas of both cities in 2006 and 2015. The figures are not adjusted for inflation, but are rather absolute values based on recorded deals. 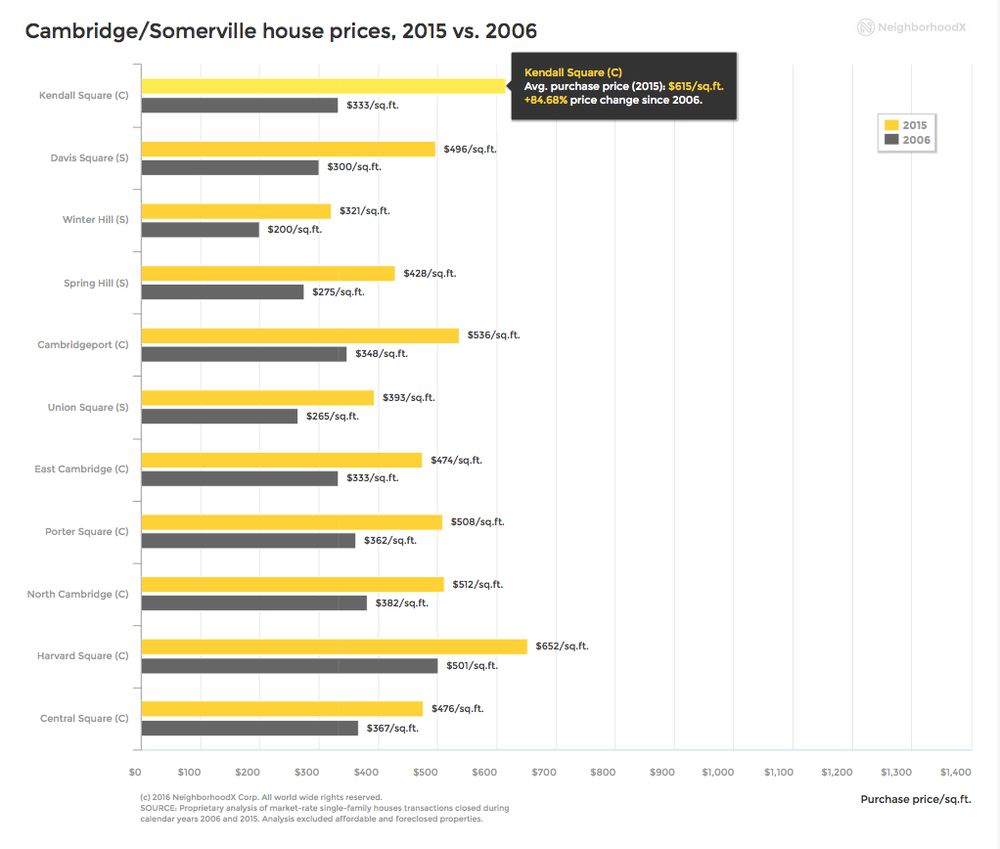 Below is the condo-price chart for further comparison. 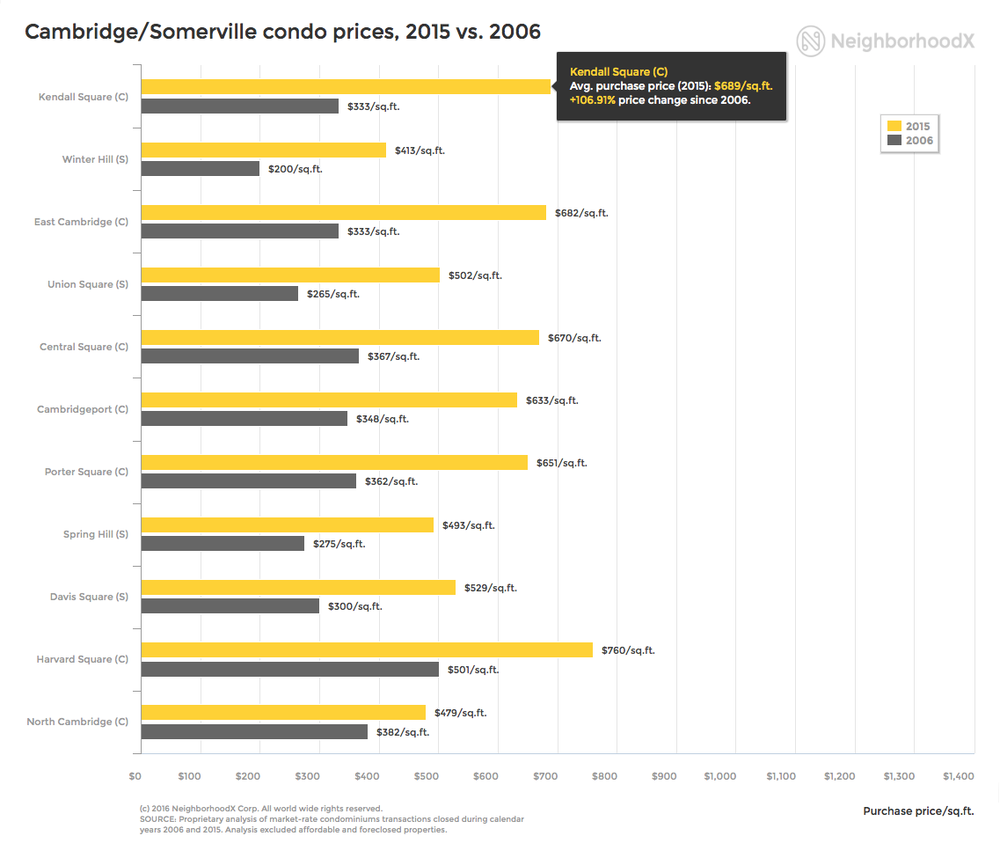