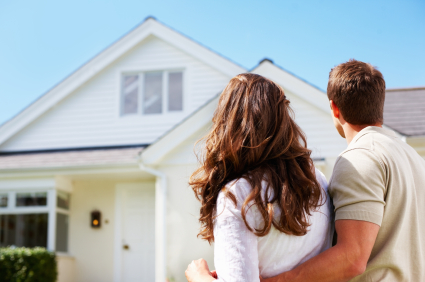 Mortgage rates have been skimming rock bottom for a while now but they have finally started to rise again. Some homebuyers feel they've missed the window of opportunity. However, this is not the case.

Here are a few reasons this year is a perfect time to buy.

Home prices will finally calm down

Real estate values have been on the rise for a while but they're predicted to slow their growth in the next year.  Prices are expected to rise 3.5% according to Zillow's Chief Economist.

Buyers who've been stuck behind the wave of rising prices are finally going to have a chance to jump it. According to the chief economist at Realtor.com "We have the potential for about six million home sales through the moths of April through September; that is basically impossible to do."

However, not everyone is at an advantage. Despite the slowdown, home values are still expected to outpace wage growth making it difficult to afford a home - especially for lower-income buyers. Plus, prices in the country's hottest markets - San Francisco, Boston and New York City - aren't slowing down anytime soon.

More homes will hit the market

With the slowing increase in home prices more buyers will list their homes. This means more choices. After the price appreciation they have experienced, more sellers will put their homes on the market to capitalize on their increased value.

The new home market is also expected to grow in the next year. Builders will focus primarily on starter and middle-range homes, boosting affordable home inventories across the nation.

With a surplus of homes on the market, bidding wars will be rendered somewhat obsolete making prices even more appealing.

The Federal Reserve is expected to raise interest rates soon meaning the window for incredibly low mortgages is rapidly dwindling.

Unfortunately, rent prices are expected to inflate into the new year which means, in most places, buying will be cheaper than renting despite the increase in mortgage rates.

Interest rates will need to go up around 6.5% for the cost of buying to equal the cost of renting on a national level (according to Trulia).

Ready to get started? Find a home today!