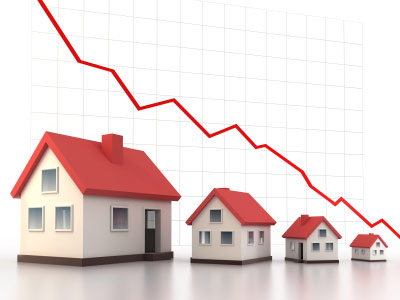 While many understand that home ownership rates are at a low, Boston.com found that at its current rate of 63.7%, home ownership is at its lowest number since 1993. Furthermore, the GenX percentage of ownership, that is, those born after the baby boomer era, is even lower, at 58%. To find this number of home ownership, one would have to date back to the 1960s. But why is home ownership at this low point? The problem lies under that of first-time buyers' low rates of ownership. Many Gen Xers entered the housing market in the "prime first-time home-owning years" right before the market crash in 2007-2008. During the crash, many of these indivduals lost their jobs, and thus, their homes, as they could not afford to pay their mortgages. But it is not just the GenXers who are to blame for the decrease in home ownership rates, but GenYers, as well. While the average rate of home ownership is at 40%, the current rate is at just 33%. The article reports that this percentage could be due to a number of reasons, particularly that which many recent college graduates are choosing to stay at home after college. The medium income for these 25-34 year-olds is also down 5% from its normal rate, thus causing the GenYers to be able to afford less in the housing market. With the baby boomers being the only thing keeping the home ownership numbers alive, it will be interesting to track this generational divide in ownership, and see if the numbers continue to dwindle.