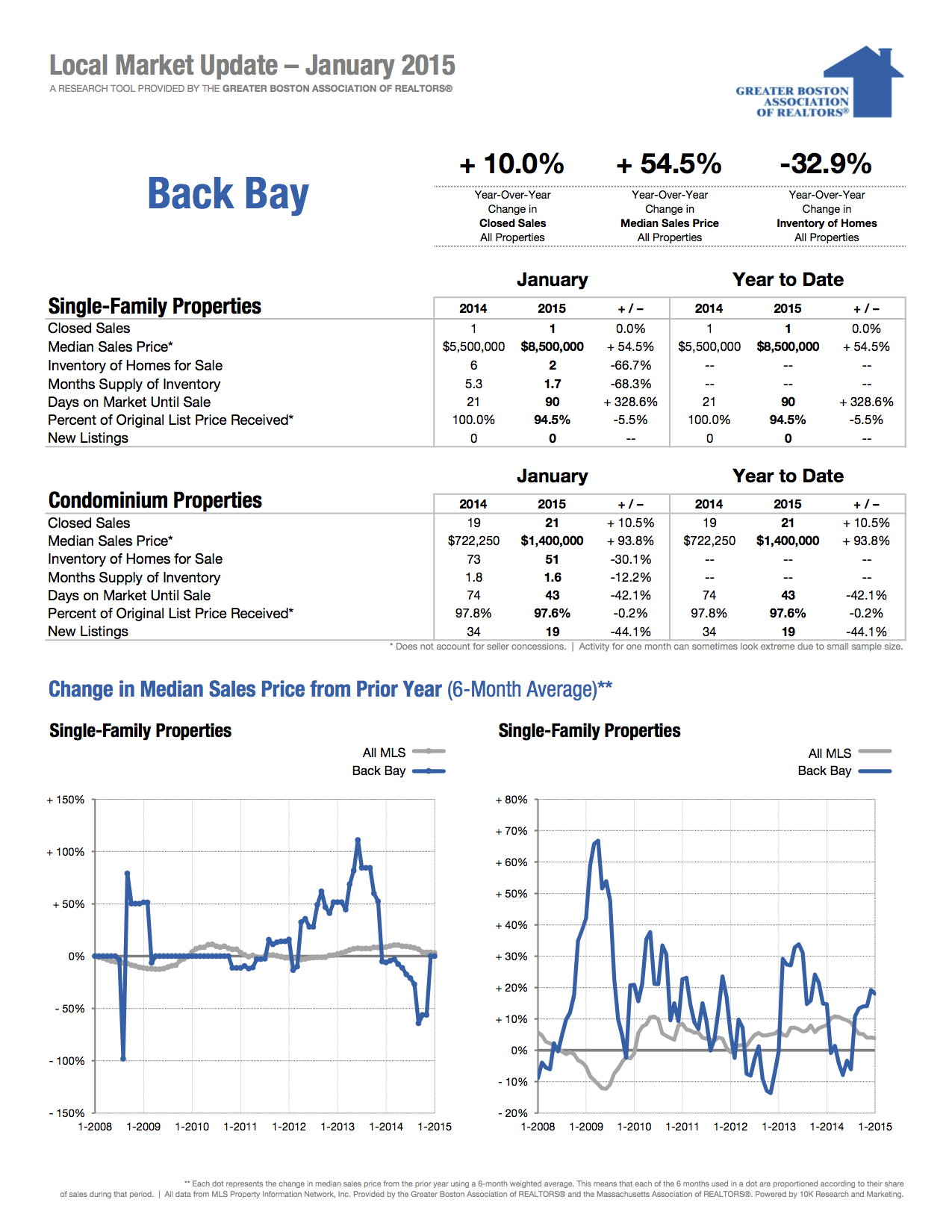 As you can see in the graphs above, Back Bay has had above average change in average sales price of single-family properties compared to all MLS.