Boston is full of booming industry and improvement, from the ever-present construction on almost every bridge crossing the Charles, to the Government Center renovation. Here are ten projects in various stages of planning in the metro-Boston area worth watching in 2014.

The Millennium Tower in Downtown Crossing broke ground in September, and 2015 is the planned opening. The 625-foot, 56-story tower is slated to have 450 condos as well as 213,000 square feet of retail space.

Fenway Center is getting back on track after the five-building, solar-powered, apartment-office-and-retail complex was stalled after years of financial and legal delays, and then slid to a halt when the developer, John Rosenthal, went looking for city tax breaks. The tax deal for the $550 million Fenway Center development, negotiated by Mayor Martin J. Walsh, received unanimous support from the board of the Boston Redevelopment Authority. It is intended to help developer John Rosenthal obtain private funding by improving the project's finances during construction and the first year of operation.

Harvard University's desire to become the biggest hub of the world's best and brightest is coming to fruition with their expansion into Barry's Corner in Allston. The 350,000 square-foot development will include 325 apartments, as well as 45,000 square-feet of retail space, and a parking garage for up to 225 cars. All this, surrounded by fresh outdoor space and packed into just under 9 stories.

In early September, the city approved a mega-project at the Christian Science Plaza that will become Boston's tallest residential building. The 699-foot, 58-story tower will feature a 211-room Four Seasons, occupying the first 20 floors of the building, and 180 condominiums will be spread across the upper 40. Another tower, a mere 26 stories, is also part of the 950,000 square-foot plan, and will include two restaurants, two lounges, and a health club and spa. Its residences are certain to be among the most expensive in the city, challenging the Mandarin Oriental and new units under construction at Fan Pier. This megaplex is focused on a 2017 opening.

A 52-story addition will be coming to Copley Place, featuring 18 residences, a larger Neiman Marcus store, and a glass-enclosed garden with additional retail stores at the corner of Dartmouth and Stuart streets. The original $500 million project will include the Westin and Marriott hotels, four office buildings, a shopping mall, 100 apartments, and a 1,400-space parking garage. The project was initially proposed in June 2008, but was put it on hold when the recession dried up funding for big projects. 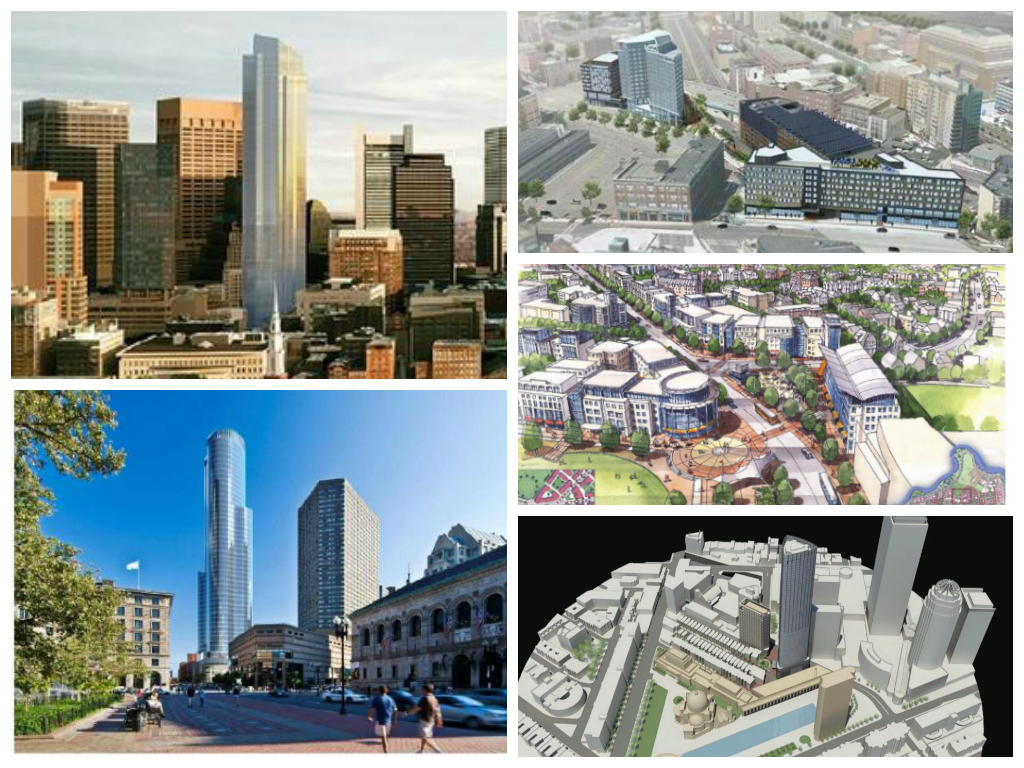 Besides the massive reconstruction of the MBTA's Government Center station, in November the city has allowed HYM Investment Group LLC to demolish the original garage structure to make way for six new buildings, housing 812 residences, 1.3 million square-feet of office space, 1,100 parking spaces, and over 82,000 square-feet of stores and restaurants. In addition to the 600-foot office tower, the proposal would include a pair of residential buildings, reaching 470- and 275-feet, respectively. Across Congress Street, HYM would build another 275-foot structure housing a hotel and condos, forming a new public square along the Kennedy Greenway.

Three times now, Boston Properties has said it's going through with building the Kendall Square Tower, but has been met with community opposition due to its size and scope. Just recently (in December) the 200,000 square-foot, 22 story tower was approved, after the 8,556 square feet of the Ames sidewalk was sold to the developer for $2 million.

In response to the opposition against a new office tower at 1350 Boylston Street in the Fenway, developer Skanska unveiled plans for a 196,500 square-foot, 18-story building featuring 240 apartments, some of them lofts with private terraces, and 105 parking spaces.

Developer Boston Properties and TD Garden operator Delaware North unveiled plans in the fall for a trio of spires around--and connected to--the arena, including a 600-foot, 45-story residential building with 497 units. This goes hand in hand with the planned renovation of the TD Garden itself, featuring redesigned modern concourses, comprehensive renovation of Legends Club and an upgraded technology infrastructure and state-of-the-art solutions from Cisco to support digital fan expectations well into the future.

The future of Boston's gambling industry is still up in the air, with bids coming in from Suffolk Downs, Everett, Milford, and Raynham Park. The state has 11 bids from magnates all over the country, including Steve Wynn of Las Vegas fame, and Chicago billionaire Neil Bluhm. All 11 are vying for both casino and slot parlor licenses. State legislature is expected to make the decision before the end of the summer. 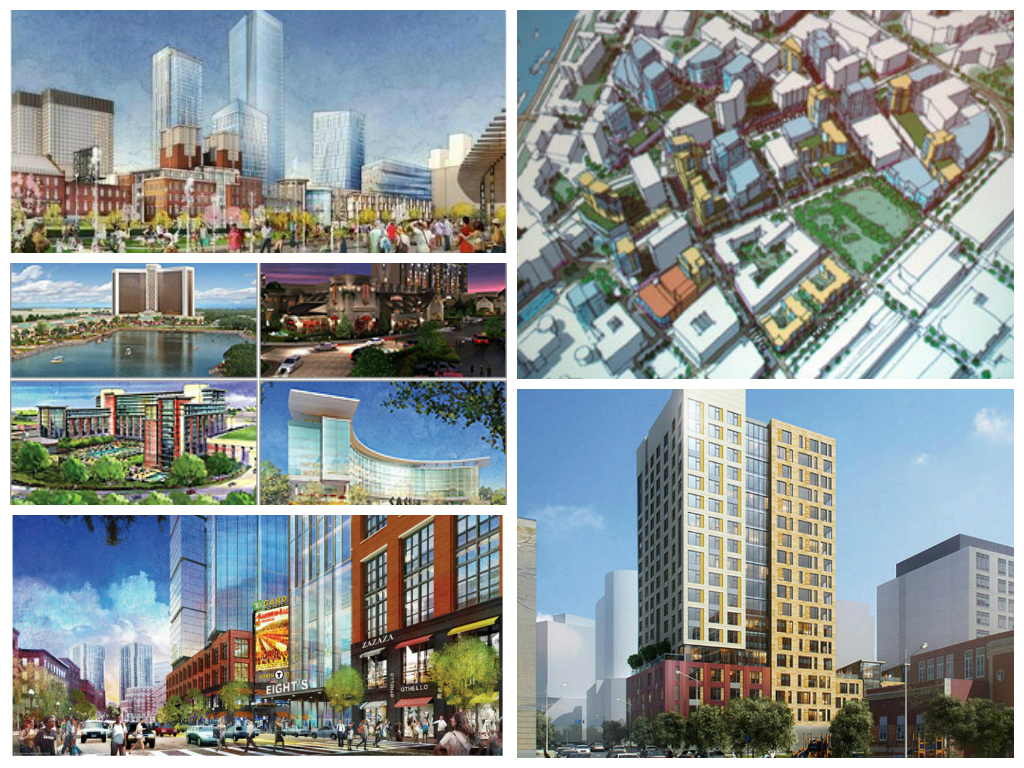