Gold competes in women's free skate at the 2014 Sochi Olympics at the Iceberg Skating Palace on Feb. 20[/caption]

After Wednesday's Ladies Short Program and Thursday's Ladies Free Skating, Newton-born Gracie Gold landed in fourth place at the 2014 Winter Olympics in Sochi. Her scores were 68.63 and 205.53, slightly short of her personal best. 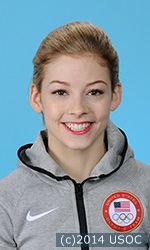 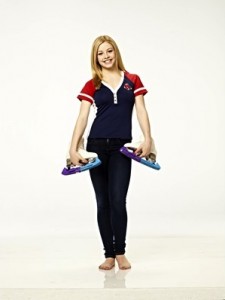 Grace Elizabeth Gold, better known as Gracie, was born in Newton, Massachusetts on August 17, 1995. She learned to skate at the age of 2, but she didn't start her formal training until she was in second grade, after her family moved to Springfield, Illinois.

Gold skated a beautiful performance to Tchaikovsky's "Sleeping Beauty", but fell on one of her triple jumps, losing her points. "When I went down on it, I thought, 'Dang it! That's what Frank Carroll [her coach] told me not to do. Don't drop the right arm.' I went down on the triple flip, but, at the end of the day, skating these three programs at the Olympics was wonderful." 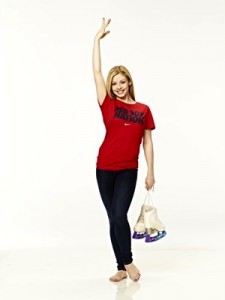 Even after she knew her fall hindered her chance to an Olympic medal, she was motivated to continue skating her best for the remainder of the program. "I pretty much knew that I was going to come in forth," she said. "But then I said, I'm forth at the Olympic Games. What are you talking about? Why is that disappointing?"

Although she did not win an individual medal, she was proud to have won a bronze medal for the first Olympic team event on February 9. When asked about her experience in her first Olympics and if she plans to train for the 2018 Olympic Games in South Korea, Gold said, "[it has been] such an amazing opportunity. And the Olympics are crazy and they're rocking. It's a time when all these athletes come together and I really would love to be on the 2018 team."