On 4 Chester Street, a beautiful Victorian stands tall and proud in Newton Highlands, Massachusetts. Existing as a lasting impression of one of the country's earliest female architects Margaretta "Anna" Cobb, this gorgeous home is just one of her beautiful works that she designed. This Newton historical home still exists today. 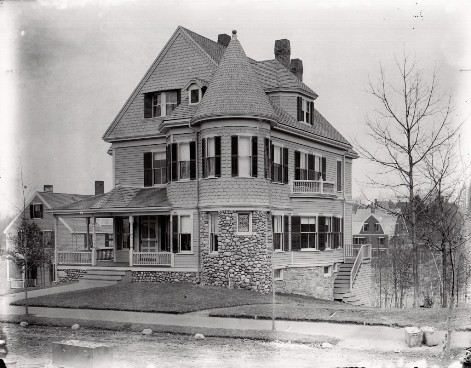 Taken in 1893, this photo is of 4 Chester St, and was commissioned by her daughter Annie Cobb Logan for the 1893 World's Fair in .

A symbol that has lasted over 100 years, the Victorians Cobb designed mark a stand for modernity and quite possibly women's rights. As a single mother, Cobb broke down barriers for women of the time and accomplished her dream. She was able to become a successful builder and an innovative designer. She proved that she was capable of achieving her dream. Although her work may not be featured in American history textbooks, she occupies an important place in our country's history. 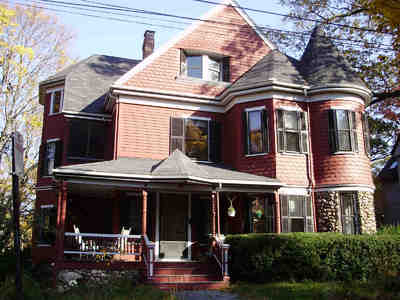 Better known as "Annie", she was born in 1830 and married shipwright Sewall Chapman Cobb. Annie began her career in 1852, building houses on East Seventh Street and Telegraph Hill in South Boston.

Entirely self-taught, Cobb was considered to be the first female architect of this preprofessional period by many historians.

Her career continued, but her life changed when her husband's business failed and the two separated. Even after this event in 1866, she remained in Boston to raise their daughter and continue pursing her dreams. In 1893 her designs were recognized and Cobb was one of two female architects that was able to show her work at the Chicago World's Fair.

Her style developed with her Newton Highlands homes. She had moved to there from South Boston around 1874, when there were very few building around the area. The very first home she built was her own. These unique designs have shaped the charming style of the area and have lasted throughout the years. 15 of her original 16 houses still stand today.

She passed away February 24, 1911, a little over 100 years to the date. And although forgotten for some time, there has been a recent resurgence in her work. A pioneer of her time, Annie is a Newton wonder and has left her mark on Newton's bold design and undeniable charm.

For more helpful news and resources on Newton, click here