Did Tom Brady Buy  His Way Into Brookline? 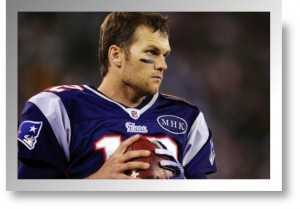 The small college in Chestnut Hill finalized the sale of a portion of its property at 400 Heath Street on May 23 to 3DBB Brookline LLC, according to records on file with the Norfolk County Registry of Deeds.

The Los Angeles, Calif., address listed on the deed for 3DBB Brookline and its manager Stephen L. Dubin is also the company address of sports management and consulting firm Yee & Dubin LLP, which represents Brady.

Neither Brady's name, nor that of his wife, supermodel Gisele Bundchen, appear on the deed, but the sale comes amid speculation by some, including the Boston Herald, that the couple was seeking to buy the land from the college to build a new house.

Dubin did not respond to questions about the sale, and Robert Allen, a Brookline attorney who has been representing the buyer interested in the property, said Friday that he could not confirm or deny whether Brady is his client.

In February, Allen appeared before Brookline's Zoning Board of Appeals along with representatives from the college seeking permission to subdivide a piece of the school's property so it could be sold and developed as a home. Patriots owner Robert Kraft and his son, team president Jonathan Kraft, both live near the property and supported the plan.

The board granted the subdivision, and Allen said the buyers planned to build a home with a total of about 10,000 square feet, with separate structures for domestic employees and a 1,300 square-foot yoga studio or gym for personal use.

Brookline's Building Commissioner Daniel Bennett said Friday that the college's land has been subdivided, but the town has not received building plans for the new lot and his department is waiting for an address to be assigned to the property, which will have vehicle access to Woodland Road.

While Dubin is listed as a manager for 3DBB Brookline, no shareholders are listed for the limited liability company in public documents available on the Massachusetts Secretary of State's website. Brian McNiff, a spokesman for the Secretary of State's office, said limited liability companies are not required to list shareholders or any financial information unless they are a 501(c)(3) organization, which are commonly known as charitable organizations.